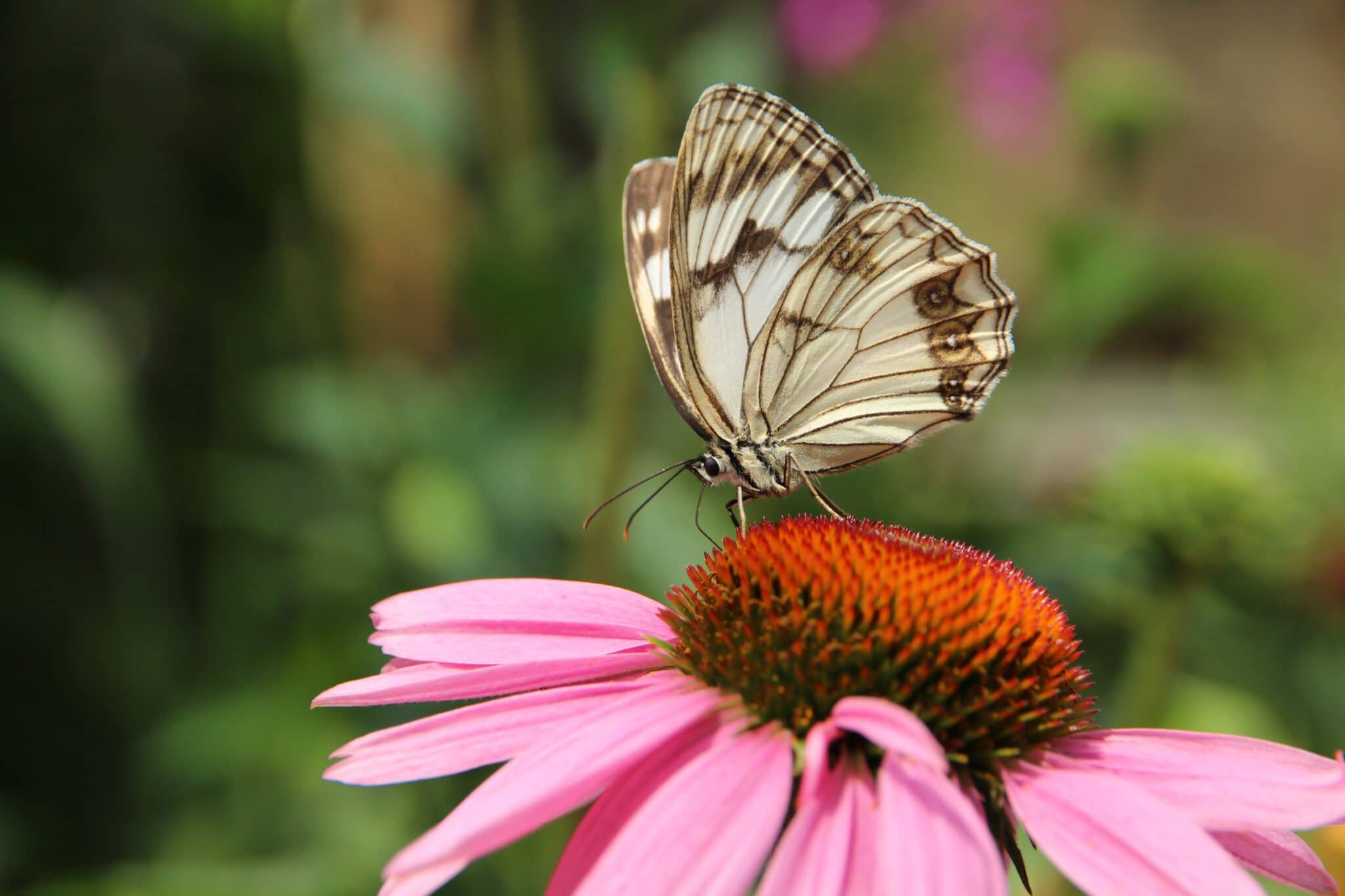 One of our strongest beliefs at Childhood by Nature is that a parent, caretaker, or educator need not be an expert naturalist to help a child develop a connection to the natural world. Adults too often assume they have to know all of the answers: “What’s the name of that tree?” “Where do bees go in the winter?” “Why does the moon look bigger tonight?” And of course, we can always look up an answer on our nearest piece of tech. But an instant answer is not going to make a naturalist out of anyone. What will make a naturalist out of a child— and you— is curiosity, patience, and, absolutely essential, interaction with the natural world. And of course one of the most effective ways to make a naturalist out of your child is to take a role in conservation.

The truth is that we need kids to become naturalists. As humans continue to dominate the planet, the other living organisms we share this planet with are suffering. The biodiversity of our planet is in serious decline for many reasons but habitat destruction, as we claim more and more of the earth for our own needs, is a major one.  We now live in a world in which habitat- places that provide both food and shelter for plants and animals- is so fragmented, and those fragments are so isolated from each other, that we are hemorrhaging species at an alarming rate. 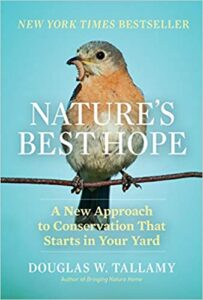 Maybe these problems seem too big and serious for everyday people, nevermind kids. And after all, aren’t hordes of conservationists around the world working on fixing our biodiversity crisis? In his fascinating book Nature’s Best Hope, insect ecologist, professor, and author, Douglas Tallamy, tells us that one of the biggest mistakes we make about conservation is depending on the professional conservationists to fix our problems. While it might be easier to push the problem of biodiversity far away from us, we actually have the power to fight the war on biodiversity and teach children along the way. And we can start right outside our doors.

Most likely, if you have some property, you have a lawn. You’re not alone. In the US, lawns make up 20 million acres of, for the most part, ecological wasteland. And lawns are not going away. We are adding 500 square miles of lawn each year in the US.

By maintaining a lawn, we replace healthy plant species with species that release a tiny fraction of oxygen, cleansed water, and sequestered carbon as the original plants that were there before our lawns. We also waste water—60% of the water in the US West is used for watering lawns. And then there are the chemicals, which are used in abundance to keep lawns and yards “pest”-free. Forty percent of chemicals used in US lawns are banned in other countries (nearly 100 studies have documented the connection between lawn pesticides and lymphoma). And then there's the problem of fertilizers— 40-60% of which end up in surface and groundwater where it kills aquatic organisms and contaminates drinking water. 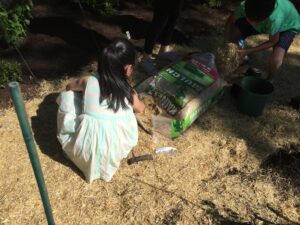 When we replace native plants with exotics that are essentially unknown to local insects or with lawn, we replace plants that critters such as insects and birds have evolved thousands of years to live alongside with lifeless and inanimate “green.” While a neatly mowed lawn and some plantings of non-native decorative species might make us feel like we are doing the neighborhood some good by keeping curb appeal high, our default approach to our yards is actually the worst approach for insects and wildlife. Too bad biodiversity doesn’t factor into a home’s market value.

However, if we fill our private green spaces with native plant species, we are not only reducing chemicals, conserving water, and helping to clean the air, we are giving a huge boost to biodiversity. Plants are of course essential in converting the sun’s energy into plant sugars and carbohydrates. But most vertebrates do not eat plants directly. Insects do. Insects are an essential conduit in the food web, converting the plant nutrients (from the sun) into vital proteins and fats that vertebrates such as birds, amphibians, reptiles, and many mammals need.

With this vital role, it is essential that we understand how deeply in trouble insects are around the world. More than 40% of insect species are declining and a third are endangered. The rate of extinction is eight times faster than that of mammals, birds, and reptiles. In North America alone, 4000 species of native bees are disappearing. Three NA species of bumblebees have gone extinct. In Europe, about 30 percent of the grasshoppers, crickets, and katydids are facing extinction.

As Doug Tallamy stresses, by killing insects, we are biting the hand that feeds us. Insects pollinate 87.5% of all plants; 90% of all flowering plants.

There are many reasons why insect populations are collapsing. But they all have one thing in common: humans. Intensive agriculture is the main driver of the decline, particularly the heavy use of pesticides. Urbanization and climate change are also significant factors. 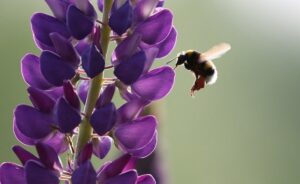 But we could make a difference with our kids. In the US, the vast majority of land in the lower 48 is privately owned. Tallamy believes that if we connect tiny isolated natural areas by building biological corridors between them, species can intermingle and increase their populations.

The truth is that most yards can definitely use a makeover— or, more accurately,  a makeunder.

Tallamy sees great potential in these biodiverse yards. And his vision is what he calls a Homegrown National Park. The country’s largest park system.

“What if each American landowner made it a goal to convert half of his or her lawn to productive native plant communities?”

So how do you and your family create your own piece of a homegrown national park? It sounds daunting but, like anything else, it’s not if you start small and take it step by step. Anyone with some green space can build their own homegrown national park. You don’t need acres and acres. No yard is not too small and even small urban patches can help.

Another key is to focus your efforts. Focus on plantings that are needed by insects that will have the greatest impact on the entire ecosystem. Tallamy explains these are insects that are larger, more numerous, more edible, and more nutritious than most other insects and those most responsible for the pollination required by plants. They give you the biggest bang for your buck. And those insects are caterpillars and native bees.

His book offers a plan and abundant resources to get started such as these Tallamy tips: 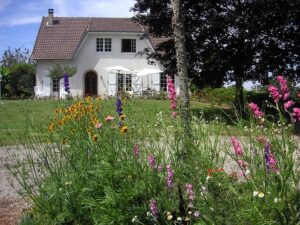 Granted the scale of the biodiversity crisis is too enormous for one garden or backyard to fix. Still, showing our children that a simple act like breaking from the norm of turfgrass lawn is a bold enough act to foster a healthier ecosystem, and influence others. And of course, becoming a backyard naturalist is a great way for your child to play a role and see the impact they can have before their eyes. And one of the best ways to focus their conservation efforts is by tuning into their local population of insects.

Why would shrink the lawn be one of the tips? Would we want more grass not less?

Good comment. Grass is much preferred to no grass of course. But shrink the lawn really just means use the space for trees, shrubs and other places that encourage biodiversity. Grass, unfortunately, does not. 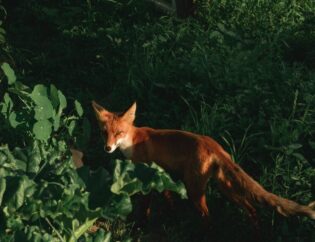