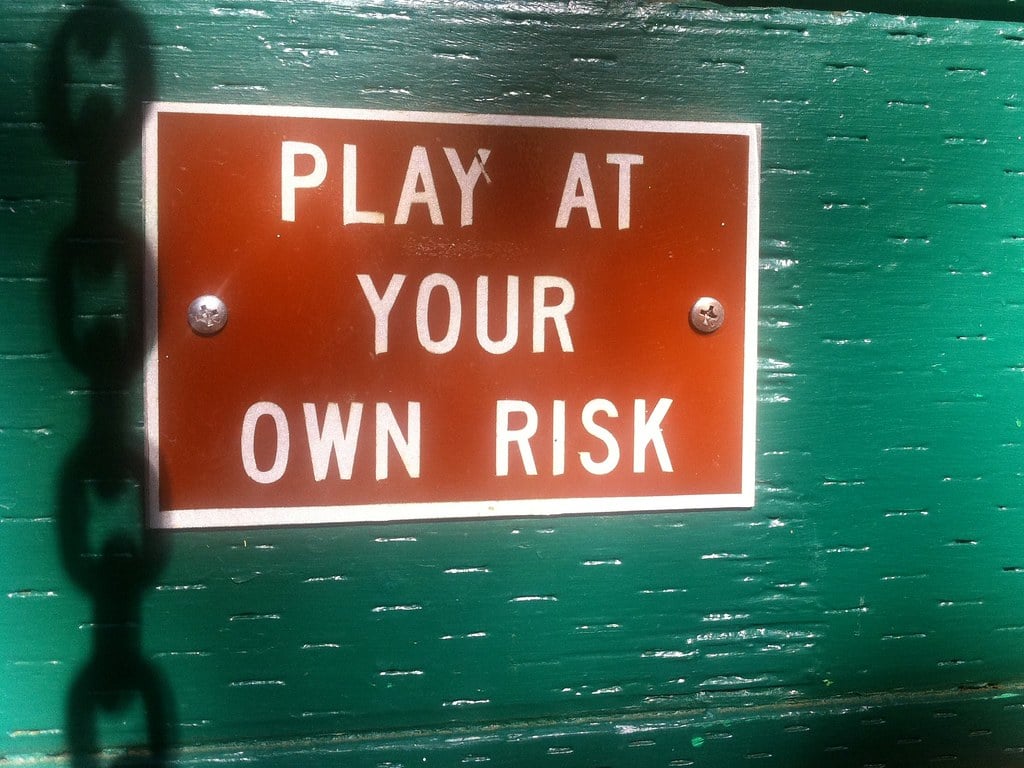 The outdoors. Filled with sticks to poke eyes out, ticks to transmit Lyme disease, uneven ground to break limbs with. It's enough to convince parents to keep kids indoors. And it has. An entire generation of kids has moved indoors out of fear—and the lure of the screen.

But it's not just parents who avoid the potential pitfalls of the outdoors by keeping kids in. In order to avoid injuries and squabbles, educators have taken more control of recess, a time when kids traditionally relish in free play. At some schools, teachers keep kids inside for recess doing "physical" activities on "smart" screens using apps like Go Noodle. Others restrict outdoor time to adult-organized games.

Our plight to minimize risks in children's play is on display in many public playgrounds around the world. Many of these play spaces are increasingly uniform, standardized and boring with fixed plastic and metal. 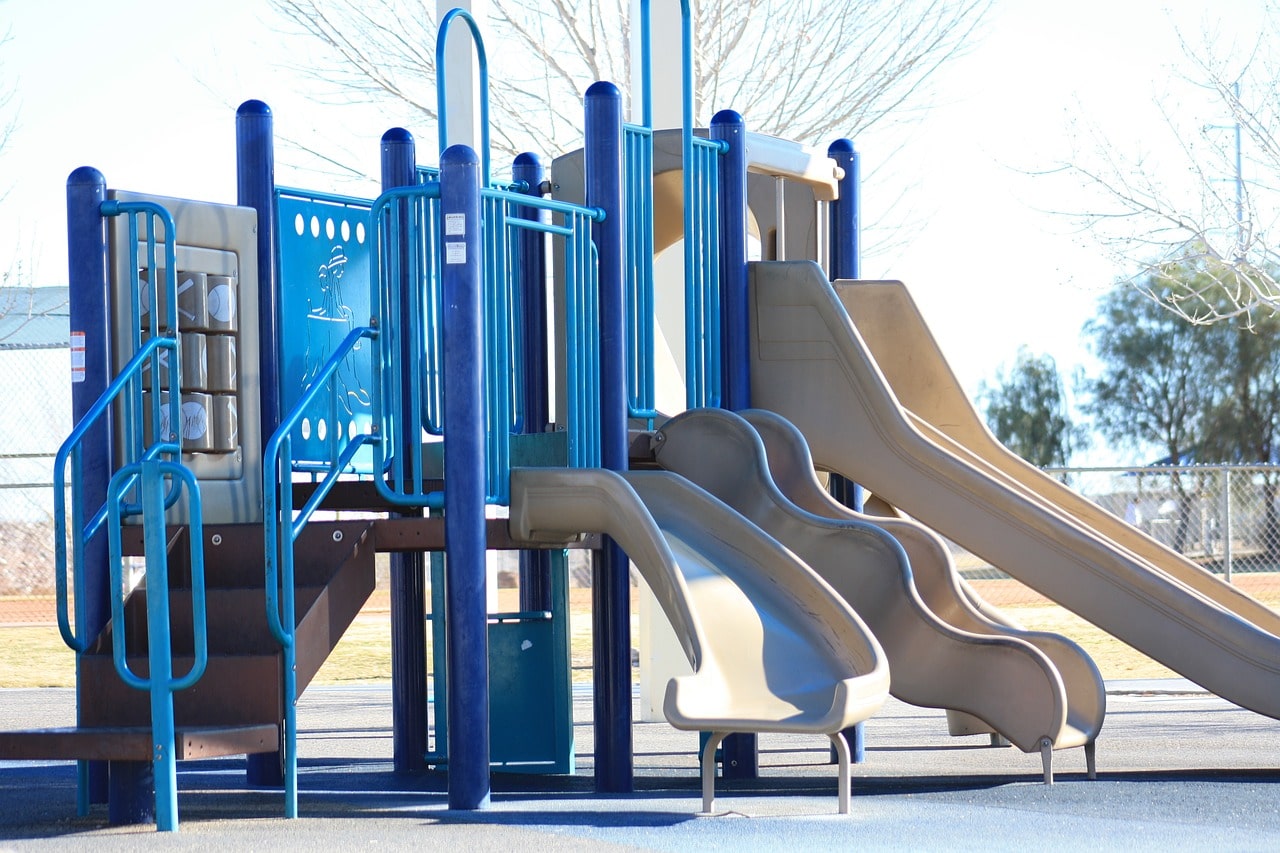 Wherever a kid turns, free play with its unpredictable risks is under assault.

But keeping kids safe means letting them take risks. Many experts say that outdoor play, in fact, risky play, is a necessary element of childhood. They say risky play helps children learn, build resilience and confidence. Like the old adage, you learn from your mistakes. Without bumps and bruises, how will children learn how to control their bodies or test the limits of their physical abilities.

In 2015, a diverse, cross-sectorial group of partners, stakeholders and researchers, came together to develop an evidence-informed Position Statement on active outdoor play for children aged 3–12 years. Their efforts resulted in The Position Statement on Active Outdoor Play, which states: "Access to active play in nature and outdoors—with its risks— is essential for healthy child development. We recommend increasing children's opportunities for self-directed play outdoors in all settings—at home, at school, in childcare, the community and nature."

Play expert Mariana Brussoni has spent a career researching children's play. She writes, "After spending several years reviewing child injury statistics and researching injury prevention, it is clear to me that we are putting excessive limitations on children's play despite the fact that serious injuries are rare."

Brussoni points out that research shows that children would have to play outside for three hours per day for approximately 10 years before they were likely to have one medically-treated (and likely minor) injury. She believes it's time to look at research evidence and child-centered decision making, rather than being driven by fear and worry, when considering injury prevention initiatives. Within reasonable limitations, says Brussoni, children need the freedom to play how they choose, including taking risks.

Judy Klein advocates for risk in children's lives from a different angle. Klein is an Assistant Professor of Emergency Medicine at the UCSF-ZSFG Department of Emergency Medicine. She is trained in both pediatrics and emergency medicine and, yet,  her primary interest is in <em><strong>the importance of nature and risky play in nature to the physical and psychological health of children</strong></em>. Klein believes in the importance of nature and risky play so fervently that she runs nature clubs for kids and teaches wilderness medicine and survival skills to people of all ages. In her Ted Talk (above), Klein argues that climbing trees, playing with knives, building fires and getting lost is critical to child development. But, sadly, kids are so rarely being allowed to do such things these days. "Without free and risky play," says Klein, "kid's sensory, motor and balance systems may not develop properly and they may not develop the confidence, resilience and problem-solving skills they need to thrive in their later years. The epidemic of anxiety in our adolescents, as well as extreme risk-taking in these vulnerable years, may also be related to the decline of risky outdoor play in early childhood."

In Angela Hanscom's pediatric occupational practice, children were weaker than they should be, they had poor balance as well as trouble thinking in creative ways. At the same time, Hanscom noticed that kids she knew were playing outdoors anymore. When Hanscom started to observe local schools, she noticed those same physical problems were showing up in school. Hanscom believes in the tremendous benefits of unstructured play outdoors. To help children thought these challenges, children need abundant opportunities to strengthen their ability to integrate sensory input. The more input the brain receives, explains Hanscom, the more sensory integration practice the child has. If we think of risks as inputs, we can imagine that these "risks" and unknown elements are actually crucial to a child's development. Without them, the child might lack a sense of resilience. 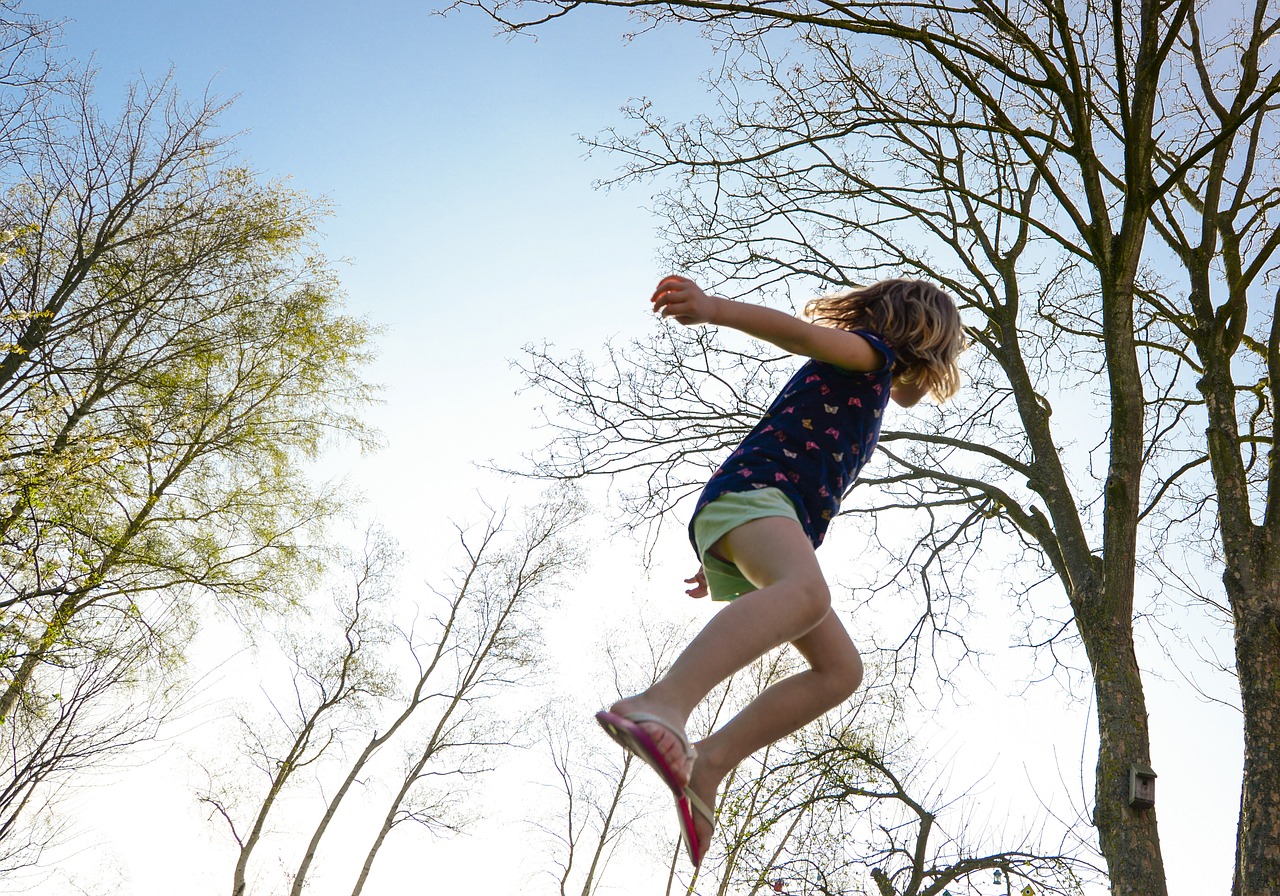 Independent researcher Tim Gill has been looking at the importance of various types of play in the lives of children for decades. Gill, who was the director of the Children’s Play Council (now Play England) from 1998 to 2004, focuses his writing and consulting work on children’s play and free time. Gill publishes a website focused on, well, rethinking childhood,  rethinkingchildhood.com.

In his 2007  book, No Fear: Growing Up in a Risk Averse Society, Gill argues that children's development is being undermined by the current culture of risk avoidance. Gill has been making the case for a balanced approach to risk in childhood for over 20 years. In his post, "Taking a balanced approach to risk," Gill writes, "There’s no denying that for parents, getting the balance right between freedom and safety is harder than it was. Some are so worried about things going wrong – and about being judged and found wanting by their peers – that they over-compensate and overprotect their children. The problem is that making things too safe can starve children of the very experiences that best help them learn how to keep themselves safe and healthy. As rising numbers of children and teenagers struggle with emotional and social problems it is all the more important to get this balance right."

Gill is hopeful for a change in the way we approach childhood and risk. He says there is a large proportion of parents – perhaps even a silent majority – that get this. We know that we "get it" and launched this blog to no longer be silent about the dire changes parents, educators, administrators, and any caregiver for children need to make to help children be capable, resilient, to be ready for the challenges of life.

The Decline of PlayTime to Restore the Lost Art of Wondering
Loading Comments...