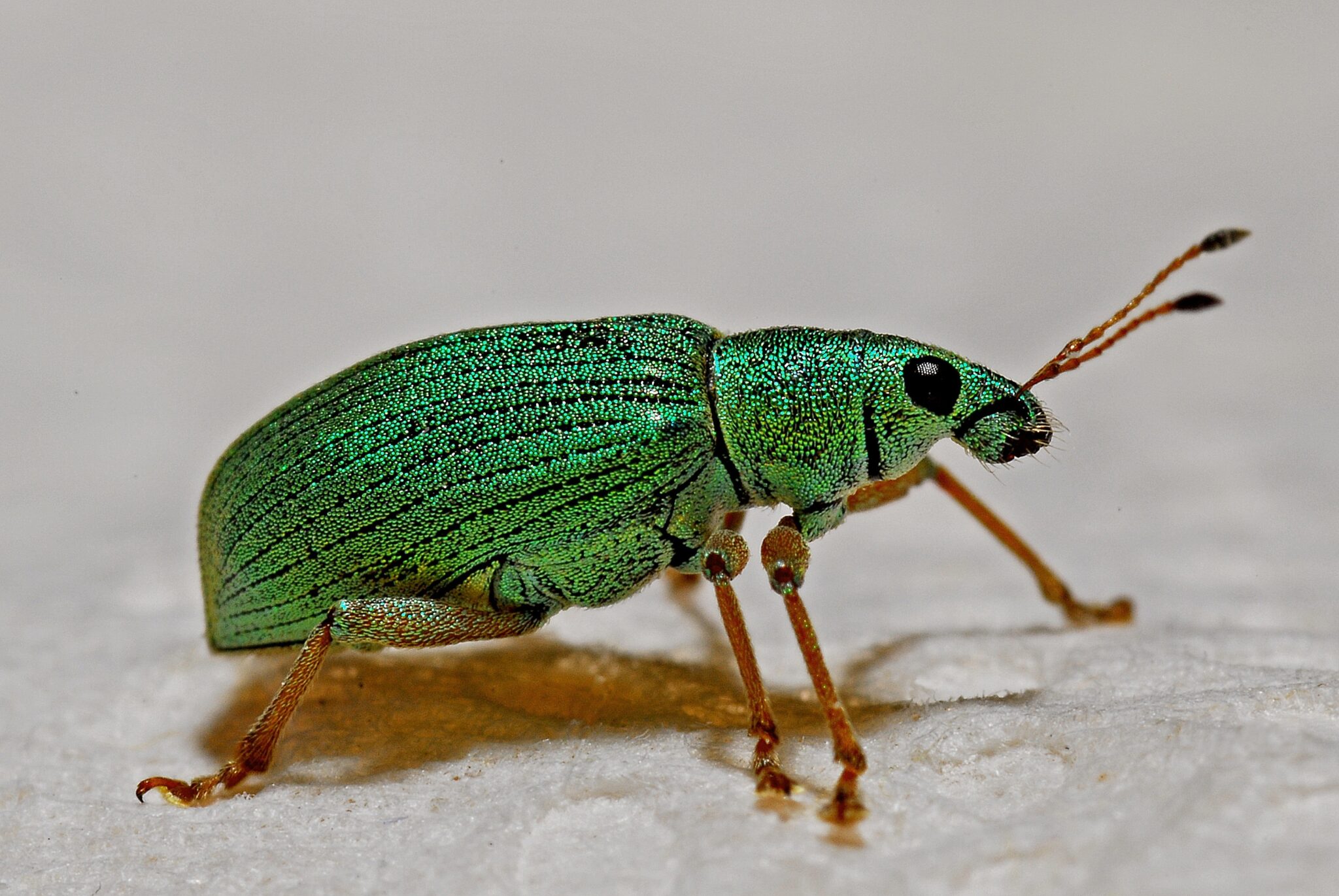 When it comes to learning about nature, one type of critter that little naturalists will not have trouble finding are insects. Insects are the most numerous of all life forms on earth.

Go out looking for them, you’ll find them almost everywhere. There are about 10 quintillion on Earth, including about 10 quadrillion ants.

But what exactly is an insect? Does a bee count? A spider? A crab? The answer is that, while these are all related by the fact that they are cold-blooded animals with no backbone and an external skeleton they wear on the outside for protection from predators and other risks like dehydration, they are not all insects.

Insects are related to other common creatures such as crabs, crayfish, spiders, millipedes, centipedes and scorpions.  All of these animals are in a special group called the phylum Arthropoda (which means “jointed foot”).

But then the group of arthropods starts to take on differences that biologists have decided make them different enough to group apart. Insects have bodies divided into three sections: head, thorax and abdomen. Most adults have six jointed legs and two pairs of wings. Spiders are arthropods that have eight legs. And crabs have four pairs of legs. So, they are classified differently by biologists, making them cousins of a sort. 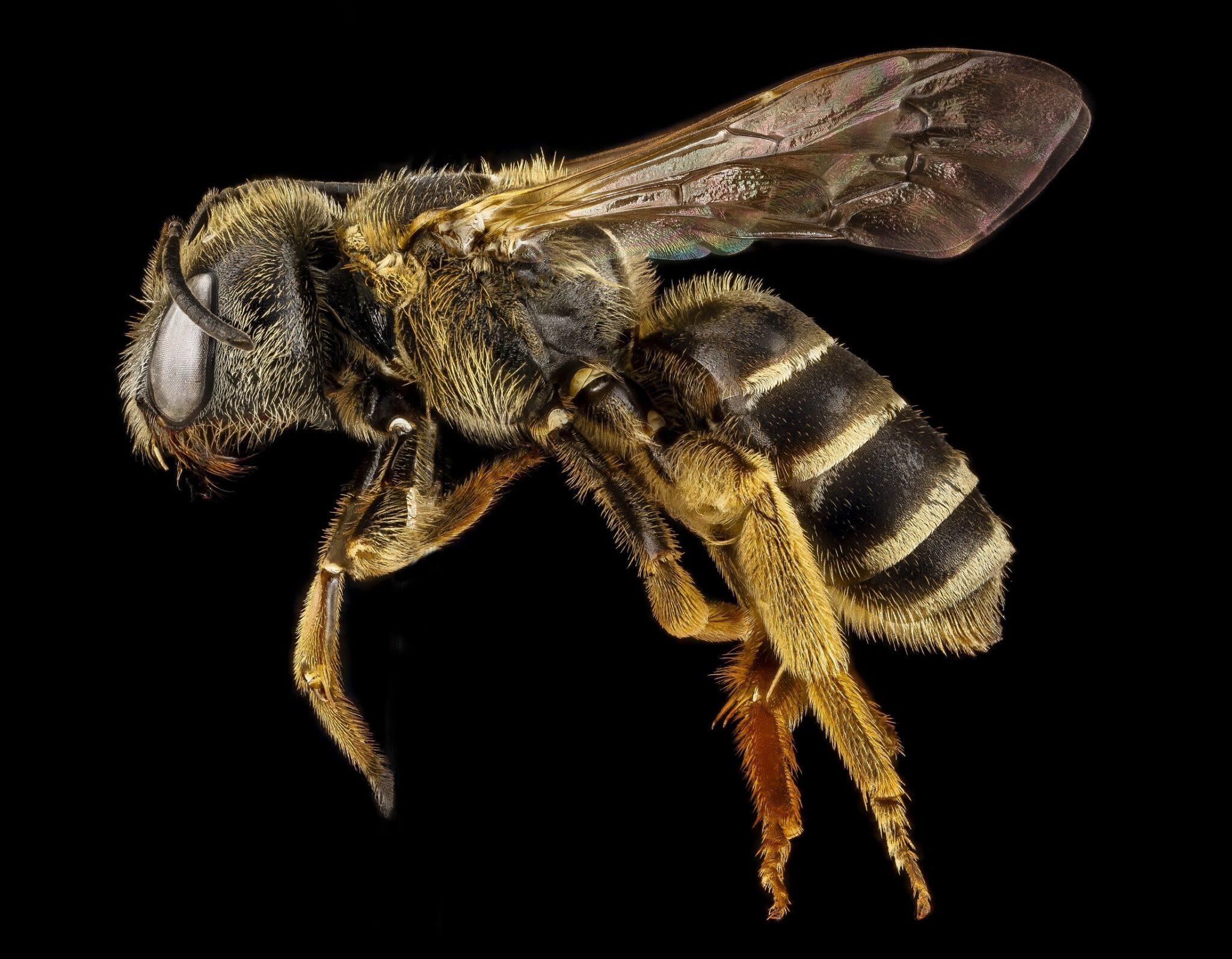 Insects are the most common invertebrates. Many fly. Most hatch from eggs. They are extremely successful at representing themselves on this planet. There are far more species in the Class Insecta than in any other group of animals. In fact, they are the most varied and abundant animal, outweighing humans 17 times. Insects have roamed the earth before dinosaurs.

Throughout their 400 million years of life on this earth, insects have evolved to be extremely tough and adaptable, or able to change to make the most of their environment, that they survived several mass extinctions.

This has made them extremely diverse. There are so many different types of insects that scientists have grouped them into 7 main groups: beetles, bees, bugs, flies, butterflies, crickets and dragonflies. Insects can live underground, in the treetops. They can fly, jump, swim, tunnel. They have conquered all the environments on earth except for the frozen polar environments at the highest altitudes and in the immediate vicinity of active volcanoes.

The study of insects is called entomology and entomologists are scientists who study insects.

Beetles make up 50% of all insect species.

Another important trait that gives insects an advantage is their wings. Insects are the only invertebrates with wings. These wings allow them to move around to find food in different locations, escape predators, move locations when there are threats. 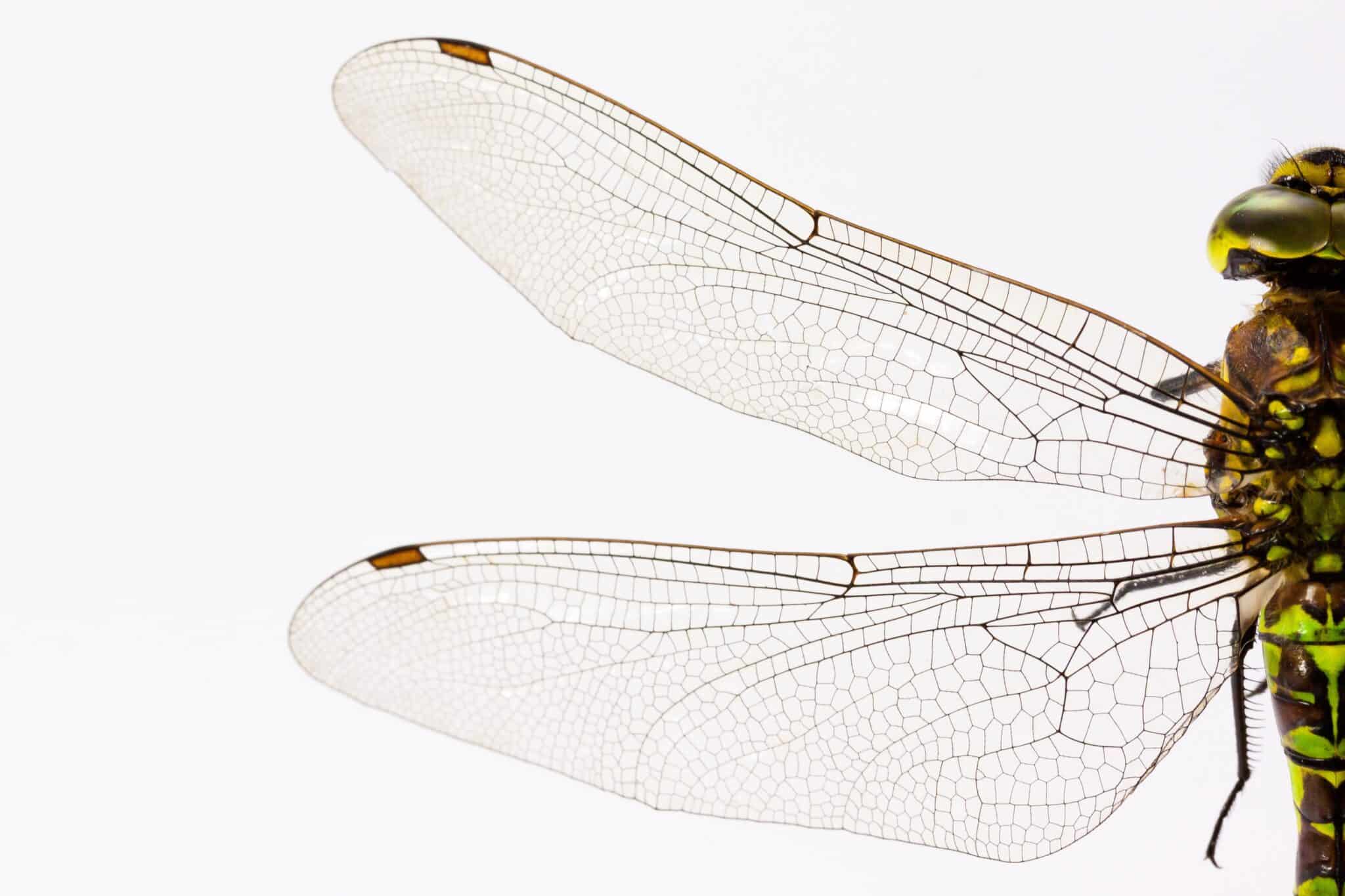 Surely a key trait that aids the success of insects is their ability to have many, many babies. There are some termite queens that can lay 30,000 eggs per day, and the queens may live for 10 years. And the African driver ant produces three to four million eggs every 28 days—a record for a species with advanced social organization. 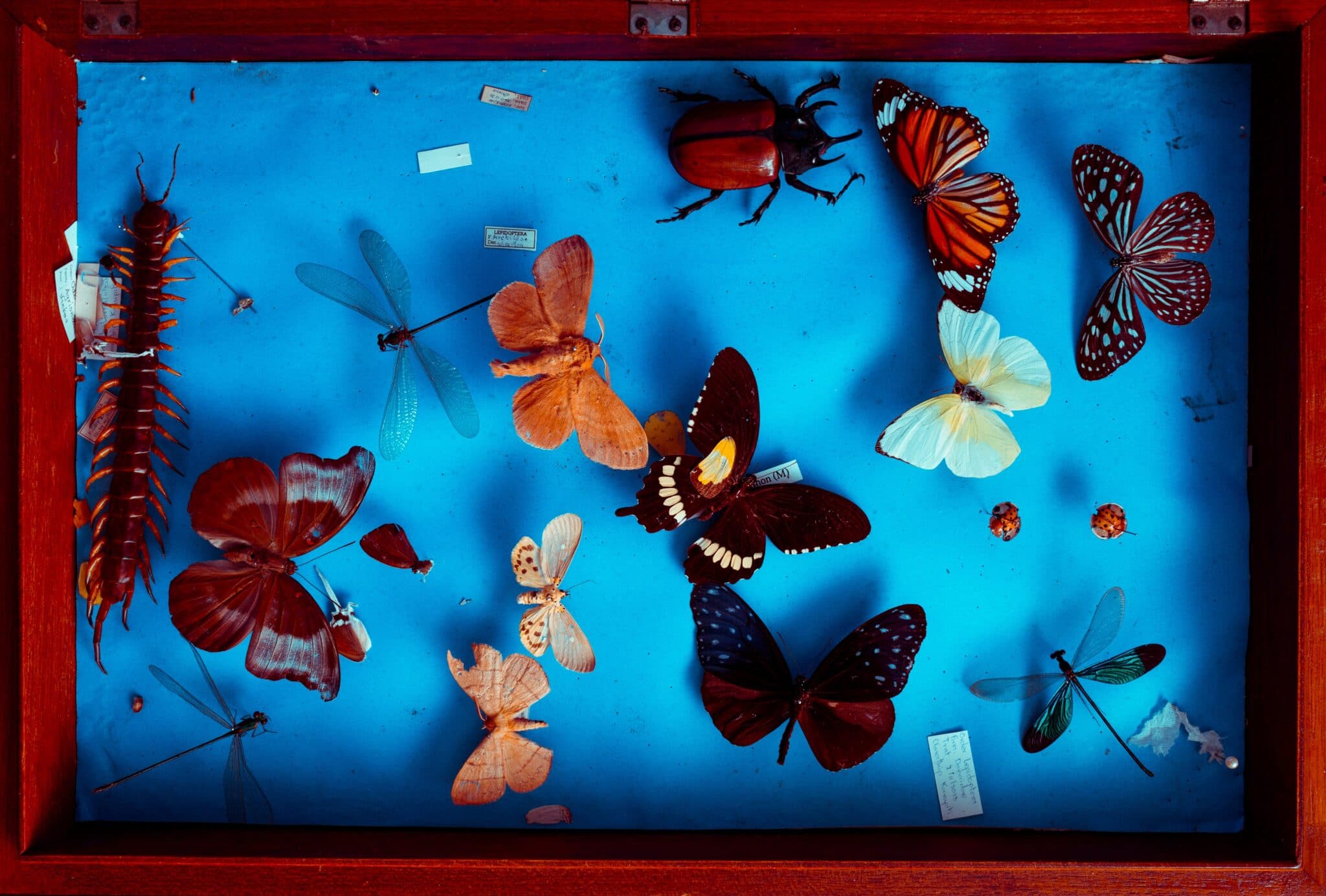 These are all fascinating facts to a child but the question that will likely be at the top of their list is “Do they bite or sting?”  And the answer is sometimes. The typical insect mouth has a pair of lower jaws (maxillae) and upper jaws (mandibles) which are designed to bite. But there are many variations to this structure. Many moths and butterflies have tubular sucking mouthparts that help them extract nectar from flowers.  Then there are the many bugs and other blood-sucking insects that have sucking stabbing mouthparts (fun!) such as mosquitos or flies.  Luckily there are some adult insects that don't have functional mouthparts at all.

And yes, some insects deliver some painful stings to convince predators not to mess with them. While we never want to be the victim of an insect sting, it might help to know that these stings are important for keeping other critters in check. Insects are major predators of other insects, including pests 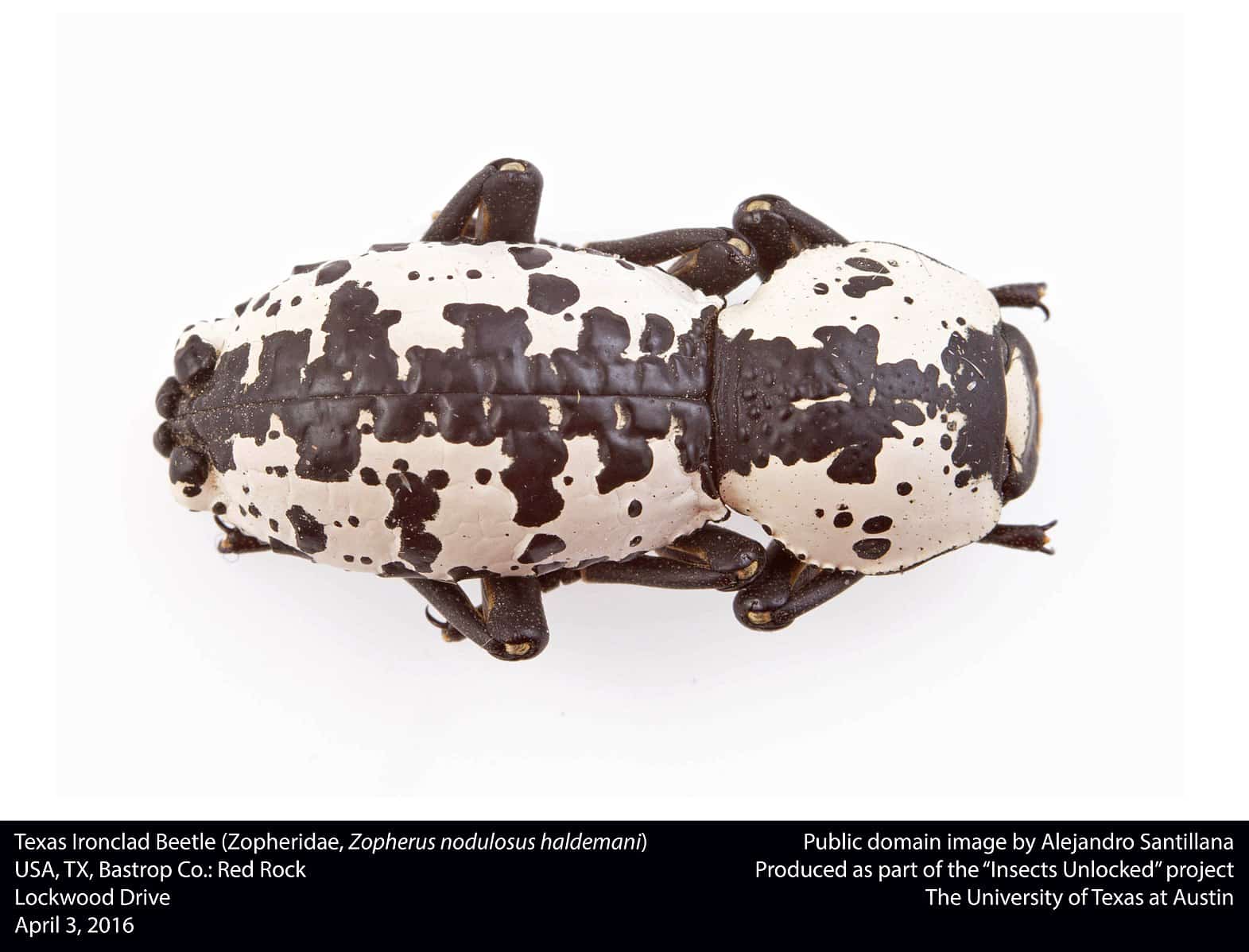 Biting and stinging are just two of the defenses in the insect world arsenal. Their list of defenses ranges from the super tough shell of the ironclad beetle to the toxic spines of the puss caterpillar to the rotting-flesh stink of the shore earwig. And they can even use bombs. The bombardier beetle will launch a tiny bomb of hydrosulfuric acid in the mouth of anything that tries to eat it.  You really need to see this video! 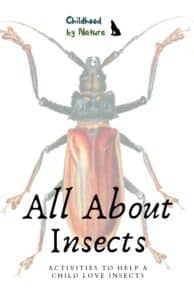 However we feel about their biting and stinging abilities, insects are crucial to our world. They are major pollinators, keeping our planet’s food supply running smoothly. They are also crucial to breaking down waste on our planet, decomposing dead organisms and waste. Dung beetles are “ultimate recyclers,” keeping us from being knee-deep in poop by feeding on and breaking down other animals’ waste.

Insects are simply essential to our planet, keeping it running. These are all great reasons for your child to learn more about insects, and even to help protect them. Check out our "All About Insects" Activity Booklet for fun ways your child can learn to love insects!

National Geographic Kids Everything Insects: All the Facts, Photos, and Fun to Make You Buzz

Encyclopedia of Insects: an illustrated guide to nature's most weird and wonderful bugs - Contains over 300 insects!