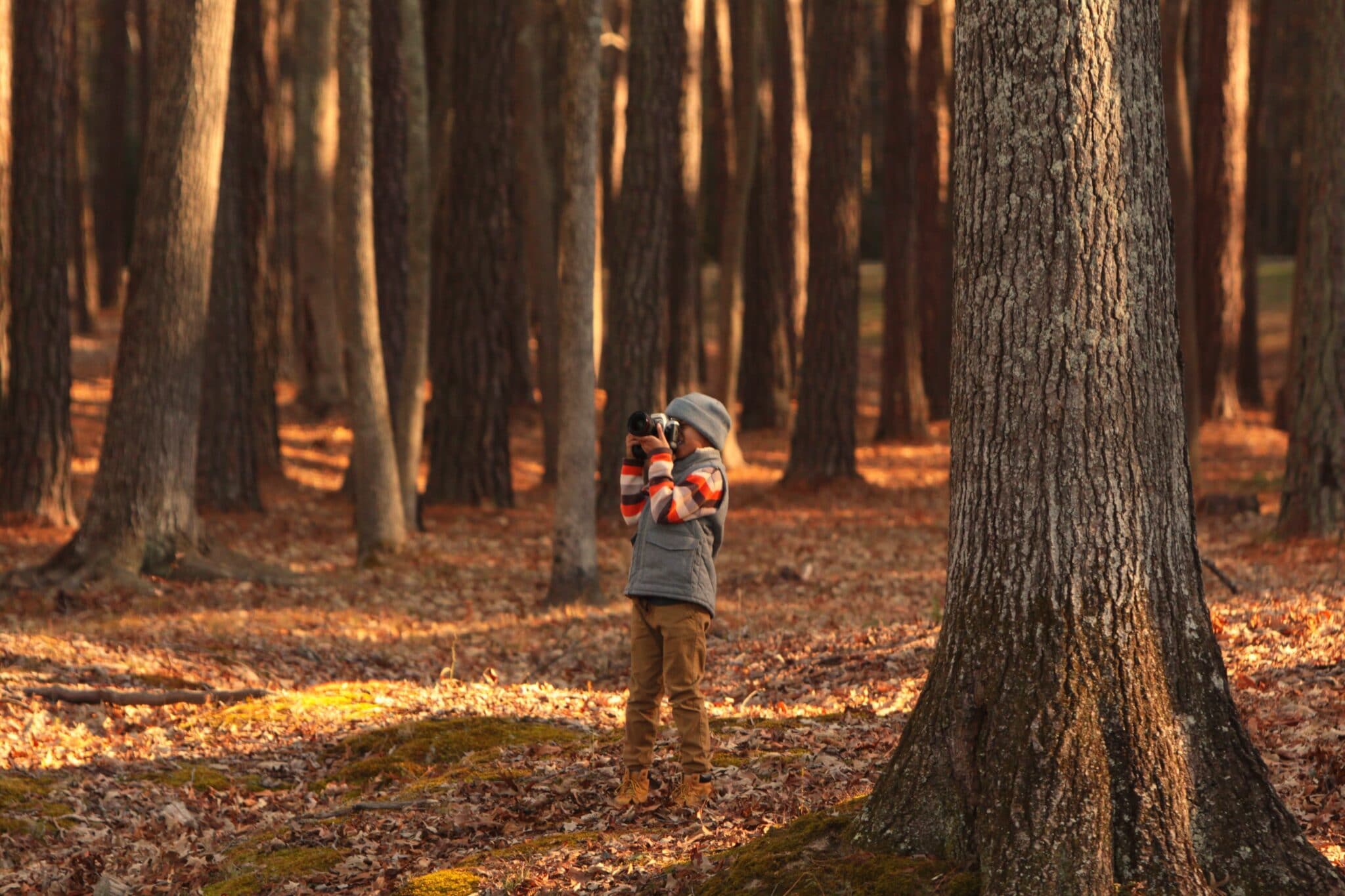 At Childhood by Nature, we don’t believe that it’s what you know about nature that puts you at ease with it, but how deeply you can tune into it. But the fact is that many parents and teachers shy away from outdoor activities with their kids because they lack confidence in their knowledge of the natural world. And of course they do. Natural history isn’t a top priority for school curriculum and hasn’t been for a while.

But you don’t have to be an expert to understand nature. And you’re never beyond learning more. This fall, we hope you head outdoors often with your kids. Fall is full of beauty and curiosities about the natural world. To help you feel more confident about revealing it to your child, here’s a quick tutorial or cheat sheet on the science of fall color phenomenon. You can either read it with your child or study up ahead of time and sound like a pro. Your choice!

Is it fall or autumn?

Both! The word "Autumn" comes from the Latin word "autumnus," which translates to "the passing of the year." While the word "fall" comes from Old English words "fiaell" and "feallan," both of which mean "to fall from a height." Generally, it is assumed that this new name for the season was inspired by trees' falling leaves. Fall is much more common in the US while autumn is the word of choice in the UK.

Do all trees change color and drop their leaves?

A deciduous tree keeps its green color throughout spring and summer. During fall, its leaves will change color before falling to the ground, enabling the tree to conserve energy as it prepares to enter dormancy throughout late autumn and winter. 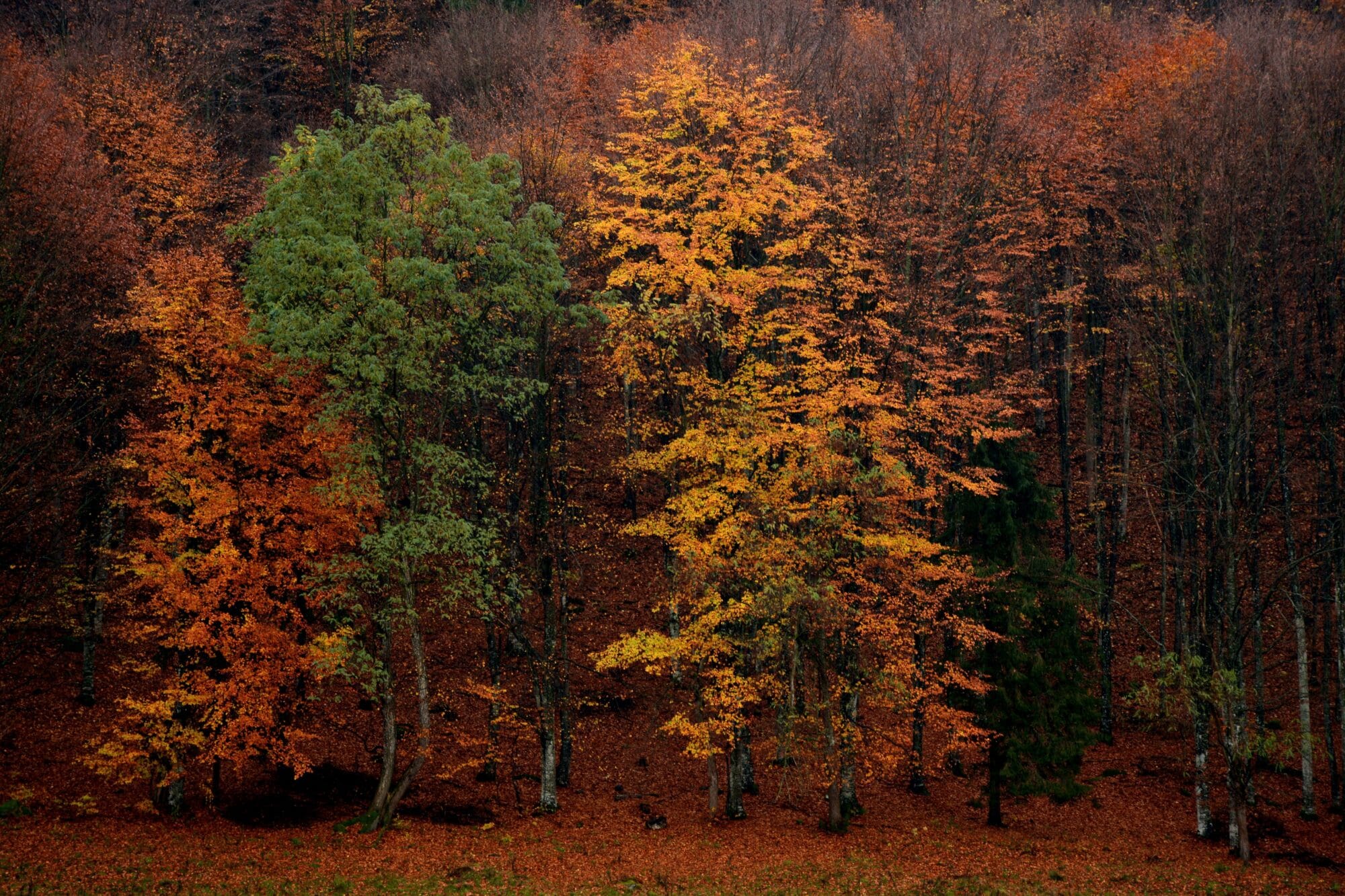 By contrast, as the name suggests, evergreen trees remain green throughout the year. Though these trees will drop small amounts of foliage as new growth takes its place during the spring and summer months. While healthy evergreen trees slow down considerably during autumn and winter months, they retain their foliage and green color. 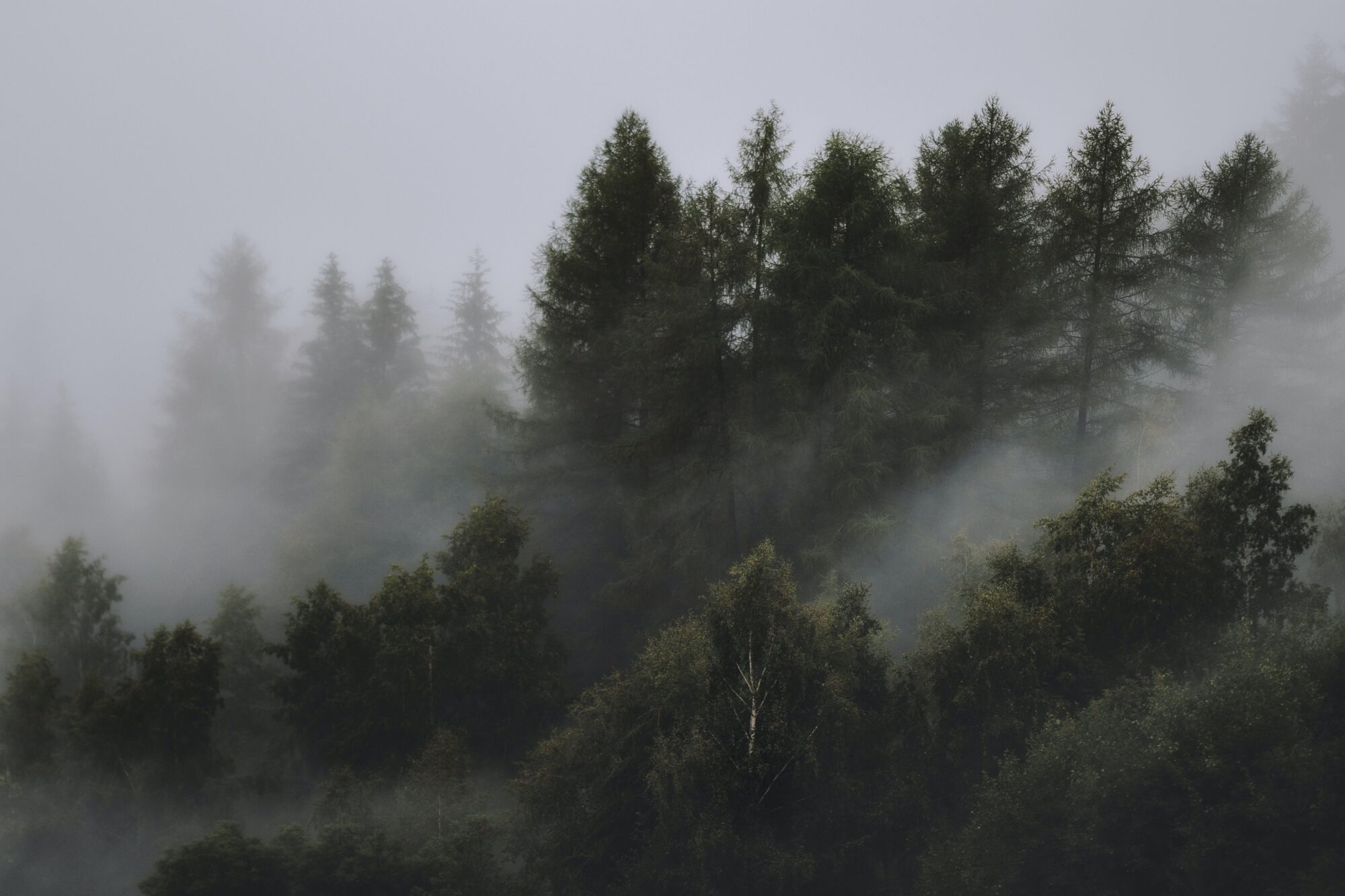 Do leaves change color at the same time around the world?

But do leaves change color at the same time in the US?

Kind of. Across the US, October is the month for leaf color and drop. But depending on how far north or south, the season varies a bit. You can check out this map for a more precise estimate of when leaves change and drop in your area.

Northeast: Peak fall color occurs in mid-October. In northern parts of Maine, New Hampshire, Vermont, and New York, you could see this as early as late September. Tree leaves will start falling either early or late October – about a week after peak color.

Midwest: Peak fall color occurs in mid-October. Northern Minnesota, Wisconsin and Michigan will see this a bit sooner in early October. Leaves will then begin to fall a week later, so mid-to-late October.

South: Peak fall color occurs in late October or early November. In West Virginia, east Tennessee, western Virginia, or western North Carolina, you could see this in mid-October. Leaves will then fall one week after that, so anywhere from late October to mid-November.

The West: Leaves in the West will change in early or mid-October. In Washington, Oregon and Northern California, you’ll see peak leaf color in late October. Denver leaves change the earliest in late September. Leaves will fall about one week later, so anywhere from early to late October.

Why do leaves change color?

When the weather begins to turn cool in the fall, chlorophyll, a pigment in the leaf which allows plants to capture sunlight and produce energy through photosynthesis, stops being produced.  Without chlorophyll, the green color of a leaf fades, and so other colors can finally show through.

What causes the different colors in fall leaves?

The beautiful colors we associate with fall including yellow, orange and red are caused by pigments that were always present in the background of the leaves' color, but can finally shine through as the green color (from less chlorophyll) fades.

The yellow and orange pigments are called carotenoids (these are also responsible for the orange color of carrots). Anthocyanins are pigments that cause red, pink, or purple colors. Interestingly, the more anthocyanins a plant produces, the redder its leaves become which explains why colors vary from year to year, and even from tree to tree. Tree experts, known as dendrologists, note that stressful conditions, such as drought and disease, often make a season redder.

Why do trees drop their leaves?

In the winter, it would take a lot of energy and water for plants to keep their leaves healthy. But winter is cold, dry, and usually, there isn't much sun (which helps give plants energy). So, instead of trying to keep their leaves, some plants drop their leaves and seal the spots on their branches where the leaves had been attached.

What is so special about red leaves? 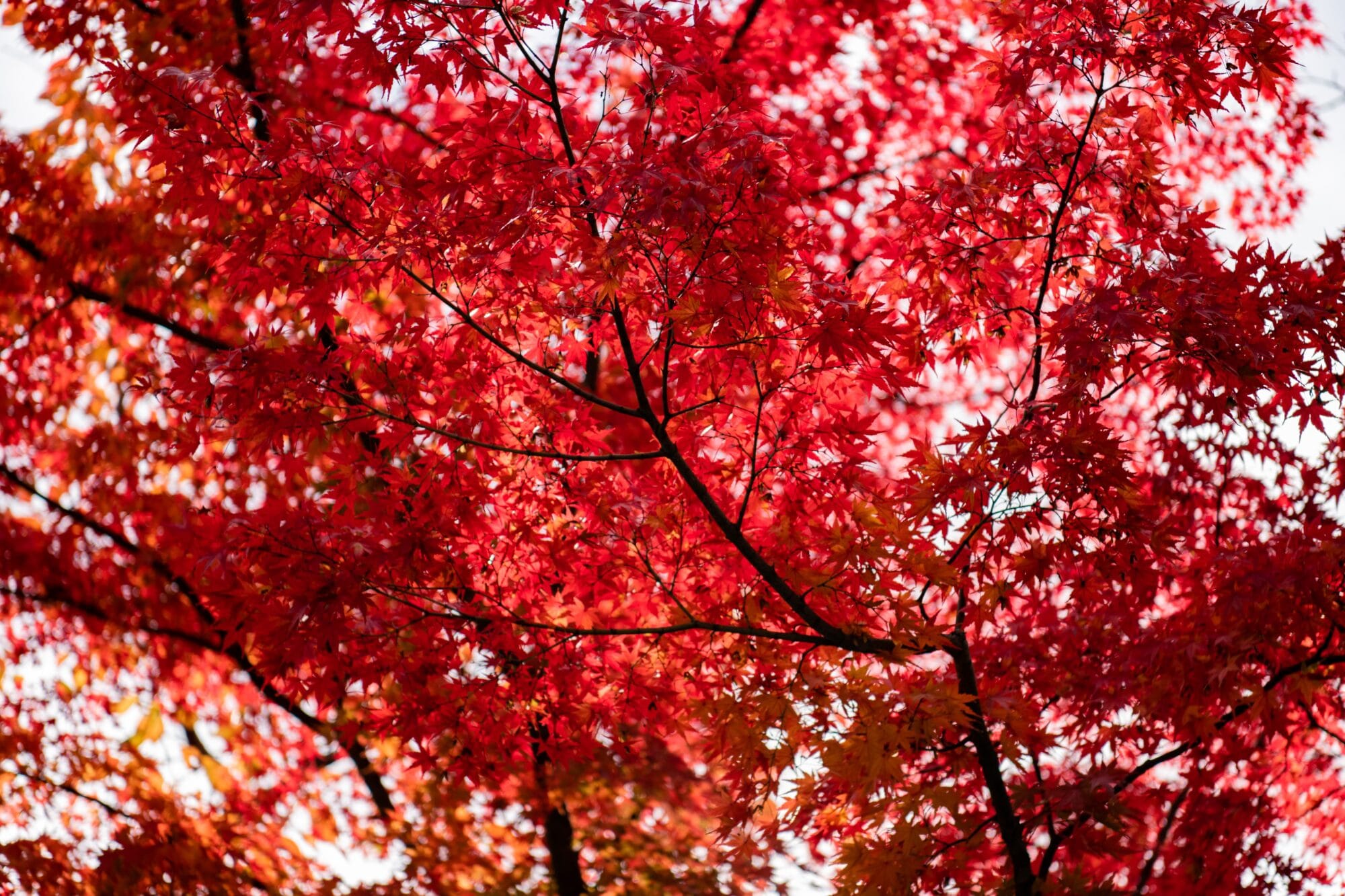 Tree experts also believe the red pigments act as a sunscreen for the trees by blocking out harmful radiation and preventing overexposure to light. Even more interesting, they might  also act as an antifreeze, preventing leaf cells from freezing easily in the autumn chill.

Actually no. The colors of fall leaves in North America and East Asia include a fiery red color while trees in Europe will turn mostly yellow in color. Scientists are still researching this interesting phenomenon but they think it is related to the evolution of tree species around the planet. In North America and in East Asia, north-to-south mountain chains allowed plants and animals to migrate south or north during climatic events such as repeat ice ages. With the plant and animal migrations, insects followed. And so many of the trees in these parts of the world began producing red deciduous leaves as an evolutionary response to ward off insects. In Europe, on the other hand, the mountains – the Alps and their lateral branches – reach from east to west, and therefore no protected areas were created. Many tree species that did not survive the severe cold died and with them the insects that depended on them for survival.

Where is the best place to see changing colors?

In the US, the Northeast claims the title as Leaf Peeping Season Champion. But fall leaves are gorgeous the world over. Just take a look at these photos to see for yourself. 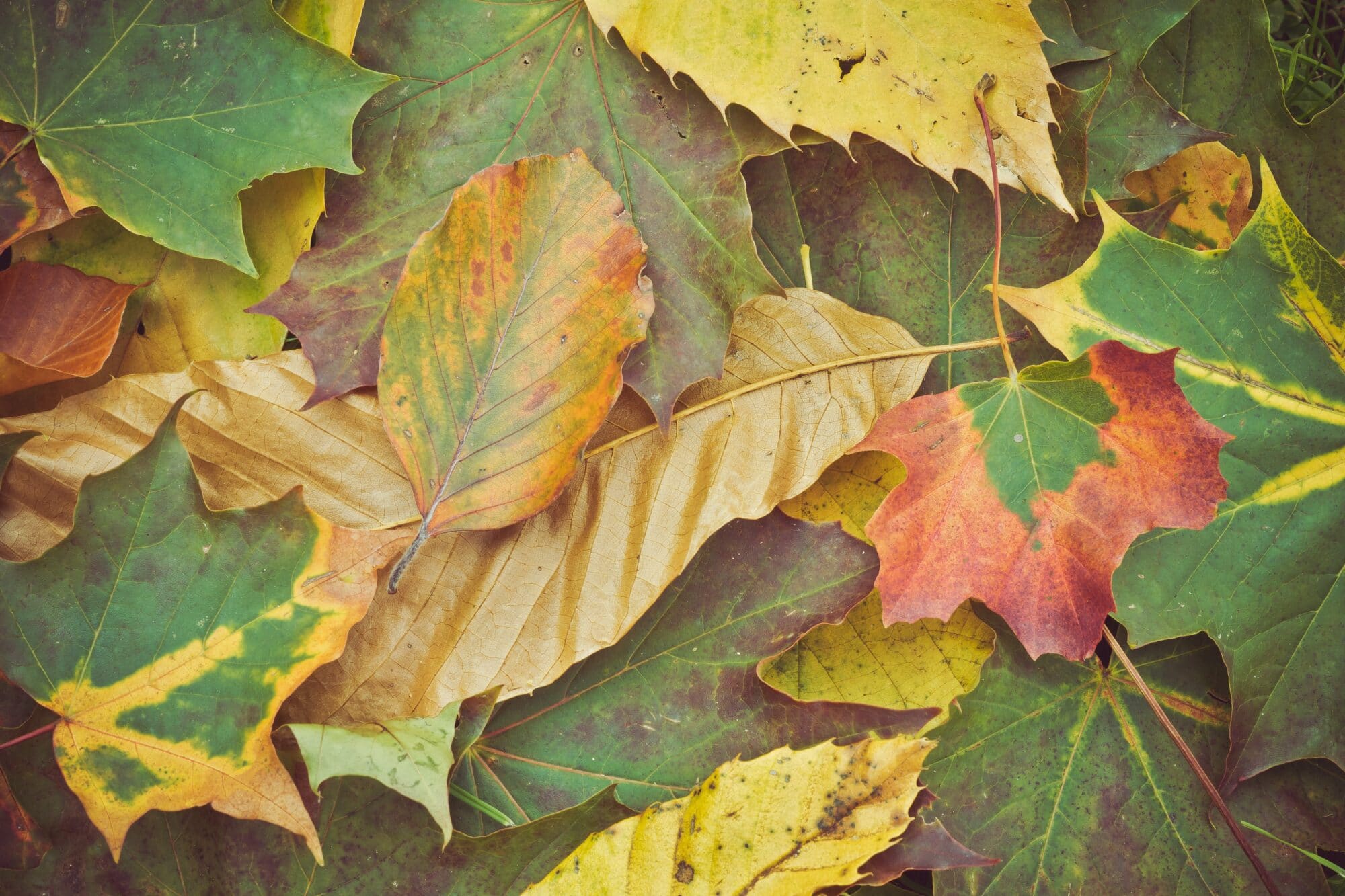 How do leaves know when it’s time to change?

Shorter day length and less sunlight (which happens after Autumn Equinox) signals to the tree that it’s time to slow down photosynthesis. The reduced photosynthesis causes a decrease in pigment and a breakdown in chlorophyll.

If it’s rainy and cloudy, would there be a different color?

The temperature has an effect on the color, but not much regarding when they change. If we have warm nights and warm days, the color is not going to be as brilliant. That’s because the sugars in the red and purple leaves are what make them colorful. Colder weather at night stops the flow of the sap, letting the sugars build up and shine through.

Why do some trees turn color first?

Some trees that are not healthy change color before their neighbors. When a deciduous tree changes color during spring or summer months, or an evergreen changes color at any time, there is cause for concern. Certain conditions may be causing the tree to decline in health or die.

Why do some trees fold onto their leaves late in the season?

Some tree species, particularly oaks and beeches, keep their leaves much longer than other trees. In fact, these leaves will dry out, but cling to the tree until a storm or wind blows them off. 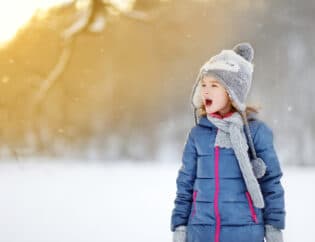 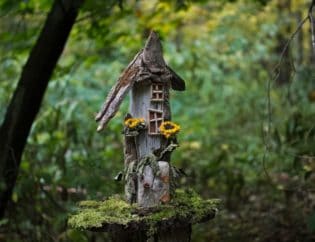 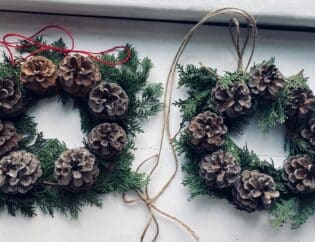 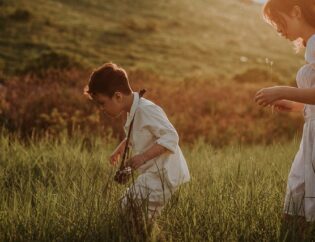 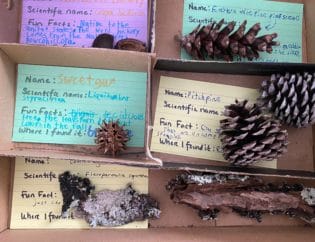