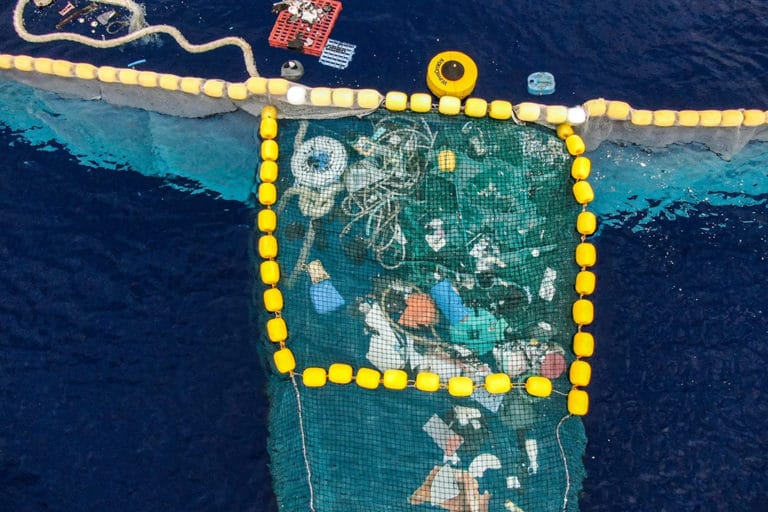 Researchers at the Leibniz Centre for Tropical Marine Research in Bremen, Germany designed a study to understand if an ocean cleanup device such as the one used by the nonprofit The Ocean Cleanup is effective in cleaning growing ocean waste. The device works like a “giant Pac-Man,” sweeping up the debris using a screen attached to a floating barrier. The researchers developed a mathematical model to simulate scooping plastic from the ocean, studying several scenarios: business as usual with no manual removal; one cleanup device; and a flotilla of 200 cleanup devices.

Results showed that one device would only remove a small fraction of 1 percent of the plastic by 2150. Even with 200 cleanup devices spread around the ocean working continuously for 120 years, the impact was still extremely modest. The model was the first to quantify the device’s ability to remove accumulated plastic from the ocean.

The study was the first to quantify the device’s ability to remove marine debris and suggests a more comprehensive approach to reducing plastic, including holding corporations responsible, is needed in addition to efforts to scoop trash from the sea.

vamtam-theme-circle-post
 Category Armchair Naturalist
The Guardian |  November 6, 2020 As part of an experiment to see how technology...
Read More 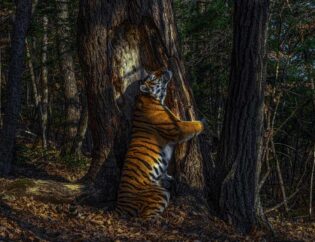 vamtam-theme-circle-post
 Category Armchair Naturalist
The Guardian |  October 13, 2020 A magical image of a Siberian tiger hugging an...
Read More

Giving Thanks to NatureHow to Dress Your Kid for Winter Play