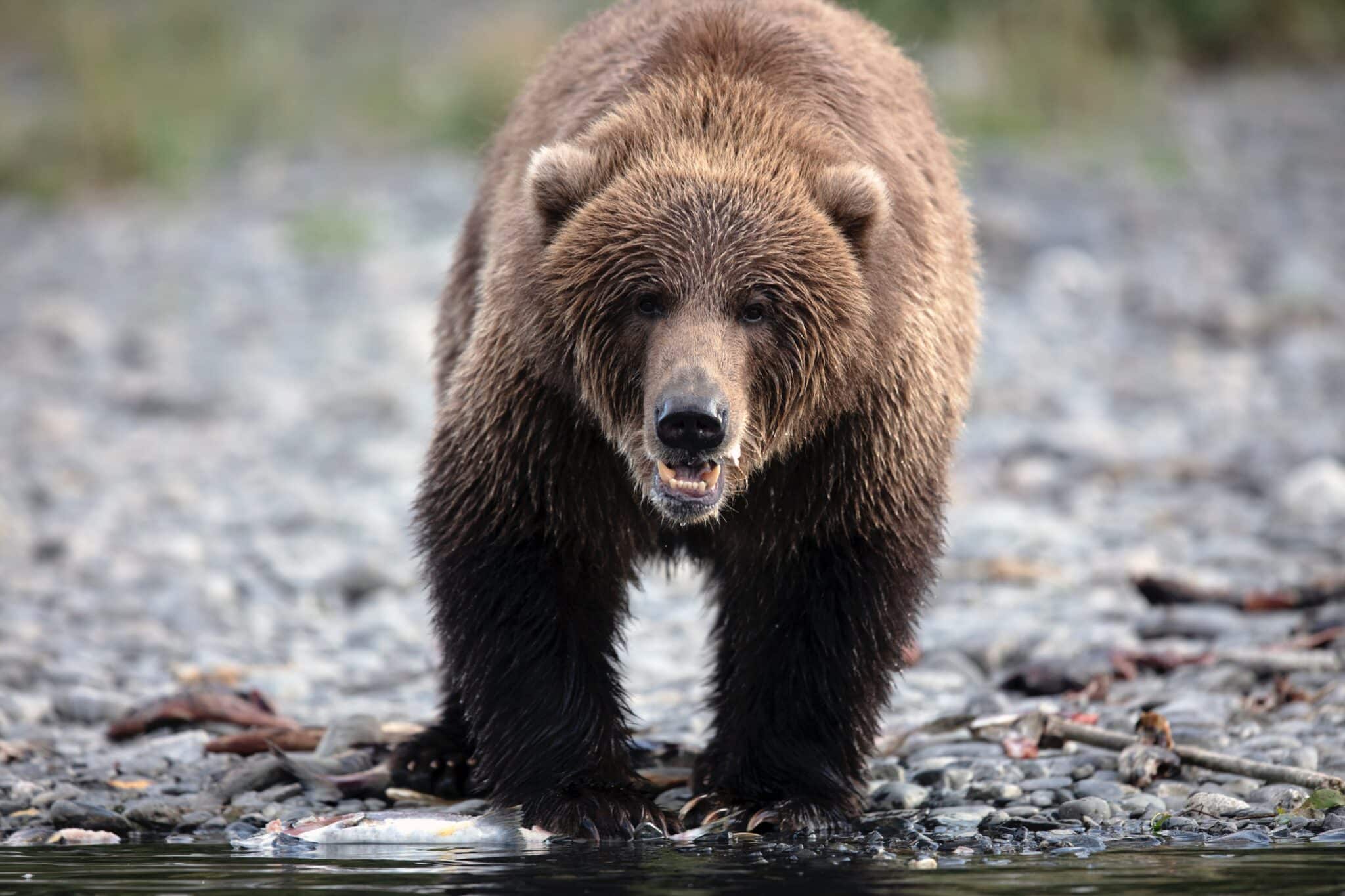 I’m writing this from the back of a bear's cave. I came here to do some research but now I think it wasn’t such a good idea. Here’s one fact about bears: they STINK. Do you have any idea what it smells like in here???

Just kidding! I’m not really researching this article from inside a bear den. That would be way too risky--both to me (obviously) and also to the bears. You see, one of the greatest threats to bears is close contact with humans. Bears can be dangerous, and if they get too close to people, it usually ends very badly for the bears. Be sure to read this article to the end so you can find out how to act around bears and learn all about these magnificent beasts!

Although a mother bear can have up to five cubs in her litter, the average litter size is two cubs. Bear cubs will usually remain in their mother's care for 18 to 24 months. During that time the mother nurses her cubs and teaches them how to survive.

Different bears hibernate for different amounts of time depending on their species. Some don't hibernate at all. Black bears will usually hibernate for up to seven and a half months without drinking water or eating food. They must be pretty hungry when they wake up! Polar bears don’t hibernate at all. (Seriously, what did you think? Could you sleep on a floating piece of ice for half a year?)

Most bears are omnivorous, which means that they eat plants and meat. Nonetheless, they have a mostly vegetarian diet. The polar bear is the exception: unlike other bears, it is a carnivore. The panda bear diet is vegetarian, made up 99% of bamboo, but the black and brown bear diets vary from seeds and berries to small mammals and salmon. Most bears like honey and will even eat the bees and larva from the beehives they raid. 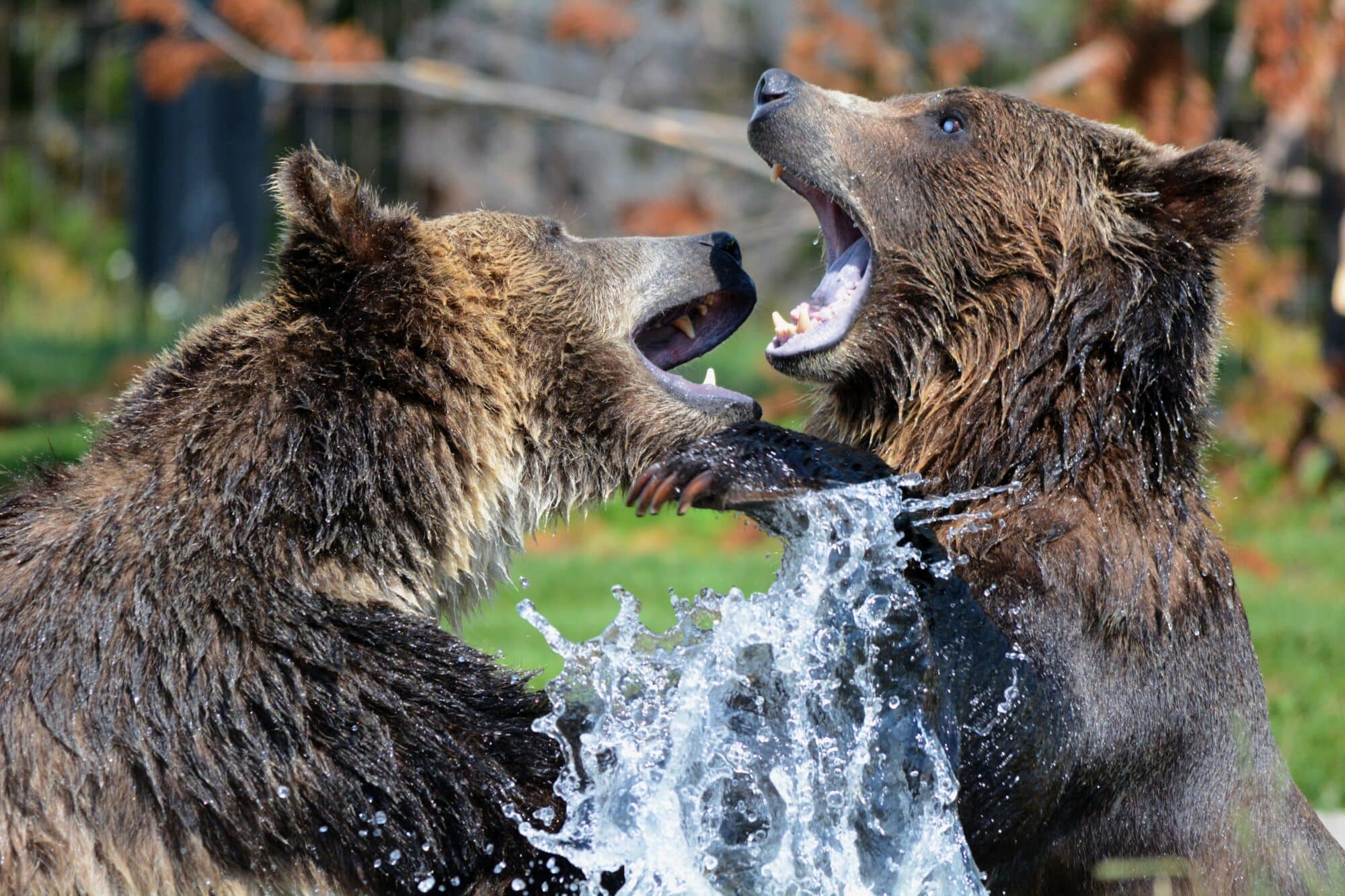 Since bears are always at or near the top of the food chain there are not a great many threats to them, but the threats that exist are very serious. Bears are usually the apex predator in their habitat, and this is especially true of the huge, ferocious bears: brown bears and polar bears. There are three animal species, however, that kill bears very successfully: humans, tigers, and… wait for it… bears! Humans will poach bears for their fur and body parts and hunt them for their meat. Bears often fight each other, sometimes to the death. Adult male bears will try to eat a mother’s bear cubs and then the mother has to try to protect her cubs by any means possible. This ferocious maternal instinct is the reason you never want to come between a mother and her cubs. But the mother cannot always defend her offspring. The third species is tigers, and boy do I sure have a story to tell you about that!

Alexander Batalov is a Russian conservationist who has spent decades researching Siberian tigers in the far east of Russia. He had been observing a certain tiger that he named Ochkarik, or “Four Eyes,” because the pattern of its fur made it look like it had glasses on. One fine day, Ochkarik just straight up and ATE AN ENTIRE BEAR. After investigating, Batalov uncovered a fascinating story: it turned out that this brown bear had stolen the food of Ochkarik’s mate, and as a result, their two tiger cubs died. Ochkarik ate the bear to take revenge for their cubs!

The greatest threat to bears is the loss of habitat. The Asiatic black bear lives in the forests and mountains of Southern Asia, where its population has been declining steadily for 30 years due to habitat loss. It is considered a “vulnerable” species by the International Union for the Conservation of Nature (IUCN). The plight of the giant panda is even worse: it is rated “endangered” by the IUCN. There are less than 1000 to 2000 giant pandas left in the wild. Their population has been decimated by loss of habitat, particularly by a lack of travel corridors.

A sad situation is that of the moon bear. In China, moon bears are caught in vicious traps, kept in cramped cages, and have their teeth and claws removed. Then they put a tube in their gallbladder and extract bile, which they believe has healing properties so they use it in traditional Chinese medicine.

My family visited Yellowstone National Park last year, and I learned how to behave in bear country. When we were entering Yellowstone, we saw a grizzly bear fishing in a river. It was huge and scary but pretty far away. There was a guy taking pictures of the bear from a close distance with a special camera. He was wearing camouflage to blend in. (It took me a while to find out he wasn’t a tree!) It looked like he knew what he was doing, but I was nervous for his safety.

Hiking in Yellowstone, we would see signs in the woods warning us that we were in a bear habitat. Our guidebook taught us some things to do to stay safe around the bears: 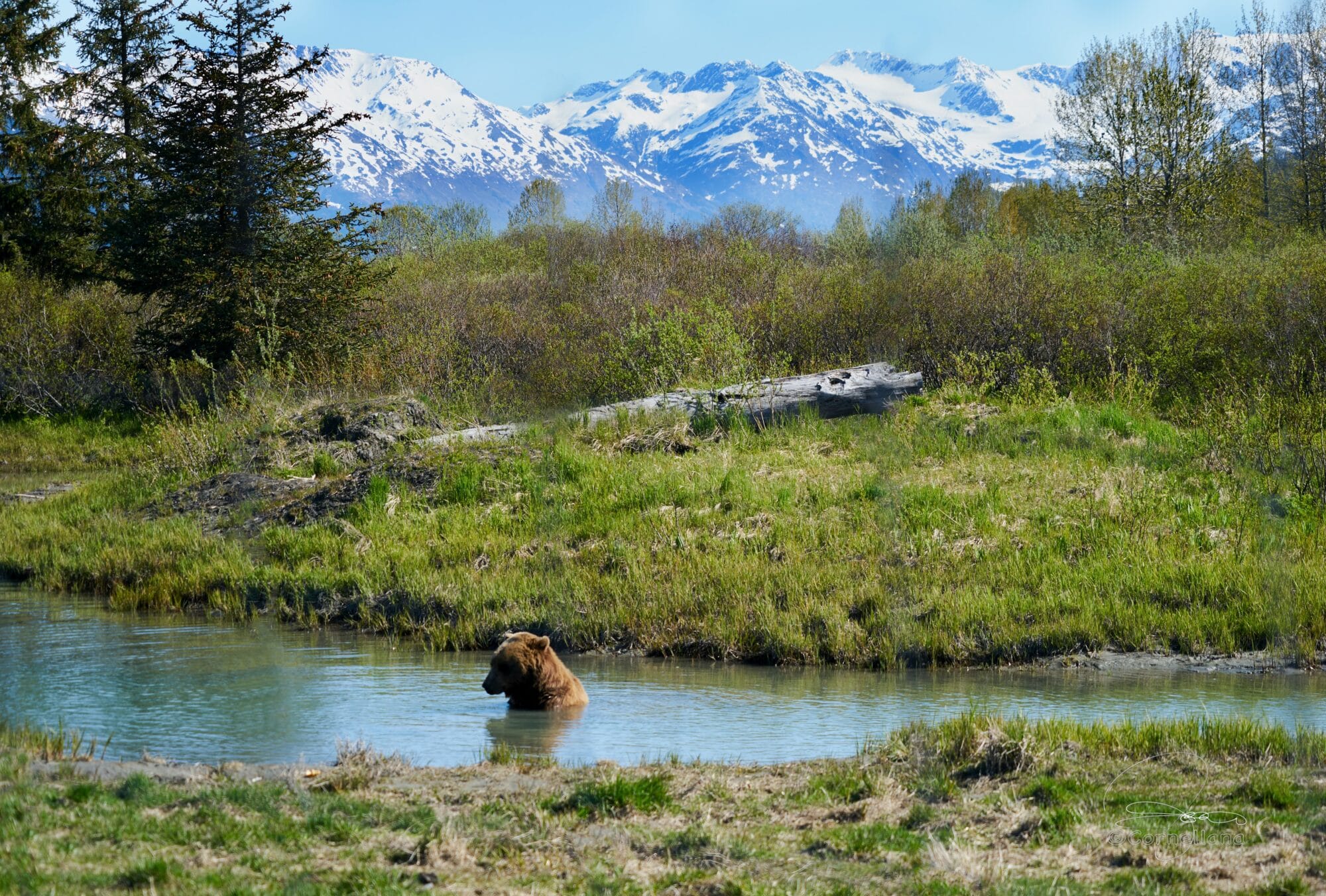 What you can do to help bears?

vamtam-theme-circle-post
 Category Critters, Essentials
While we need to avoid raising a generation of biophobic kids for their future and...
Read More

Why We Want to Help Your Child Become a NaturalistThose Fantastic Foxes!
Loading Comments...