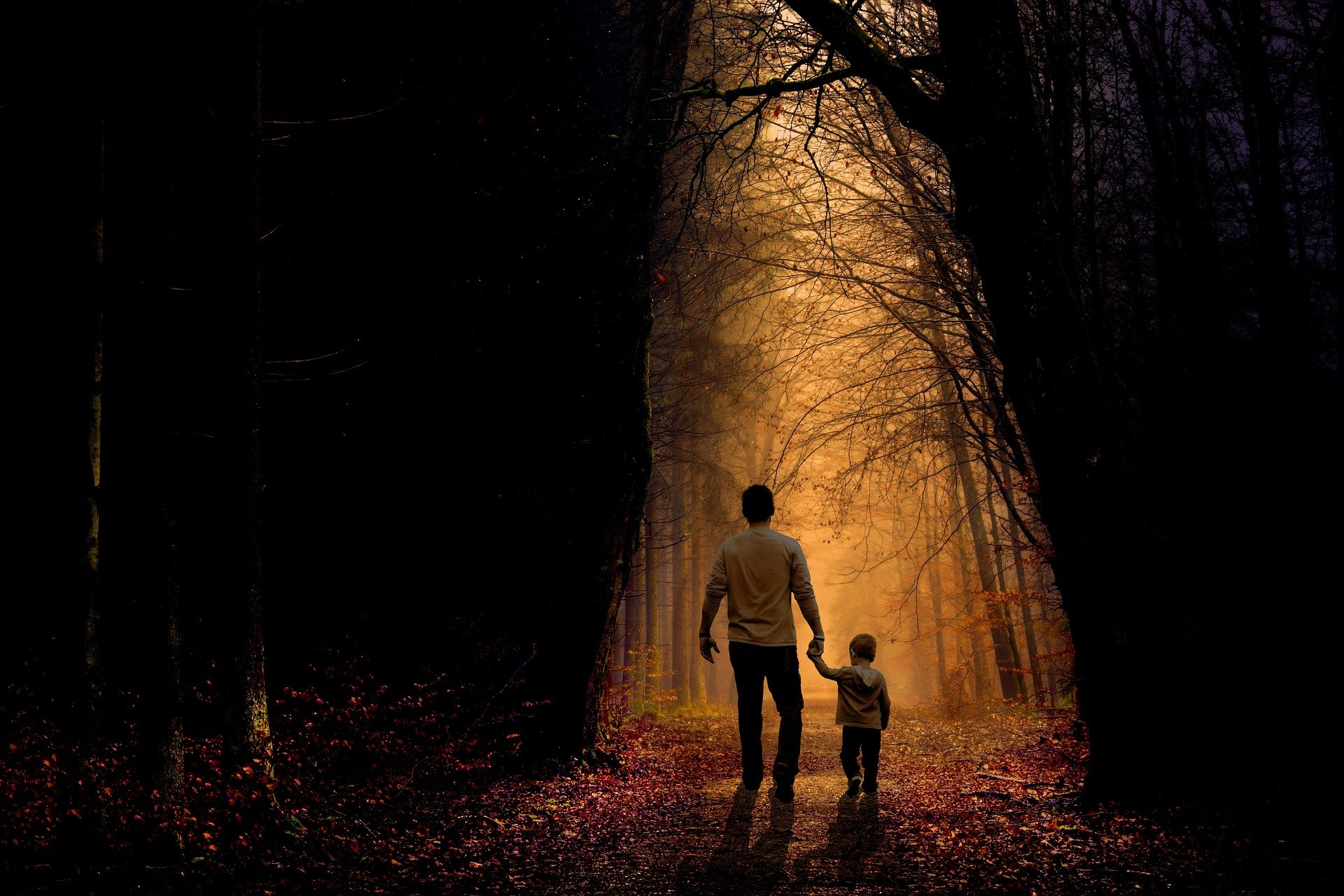 While we need to avoid raising a generation of biophobic kids for their future and the future of the planet, some fears of the outdoors are pretty understandable. Bee stings, bear attacks, snake bites...these risks are real when we venture into the natural world.

So how do we reassure our kids that the outdoors is not a scary, frightening place that must be avoided?  Which fears are justified and which are blown out of proportion? Let\'s take a look at some of the real and perceived threats in nature. 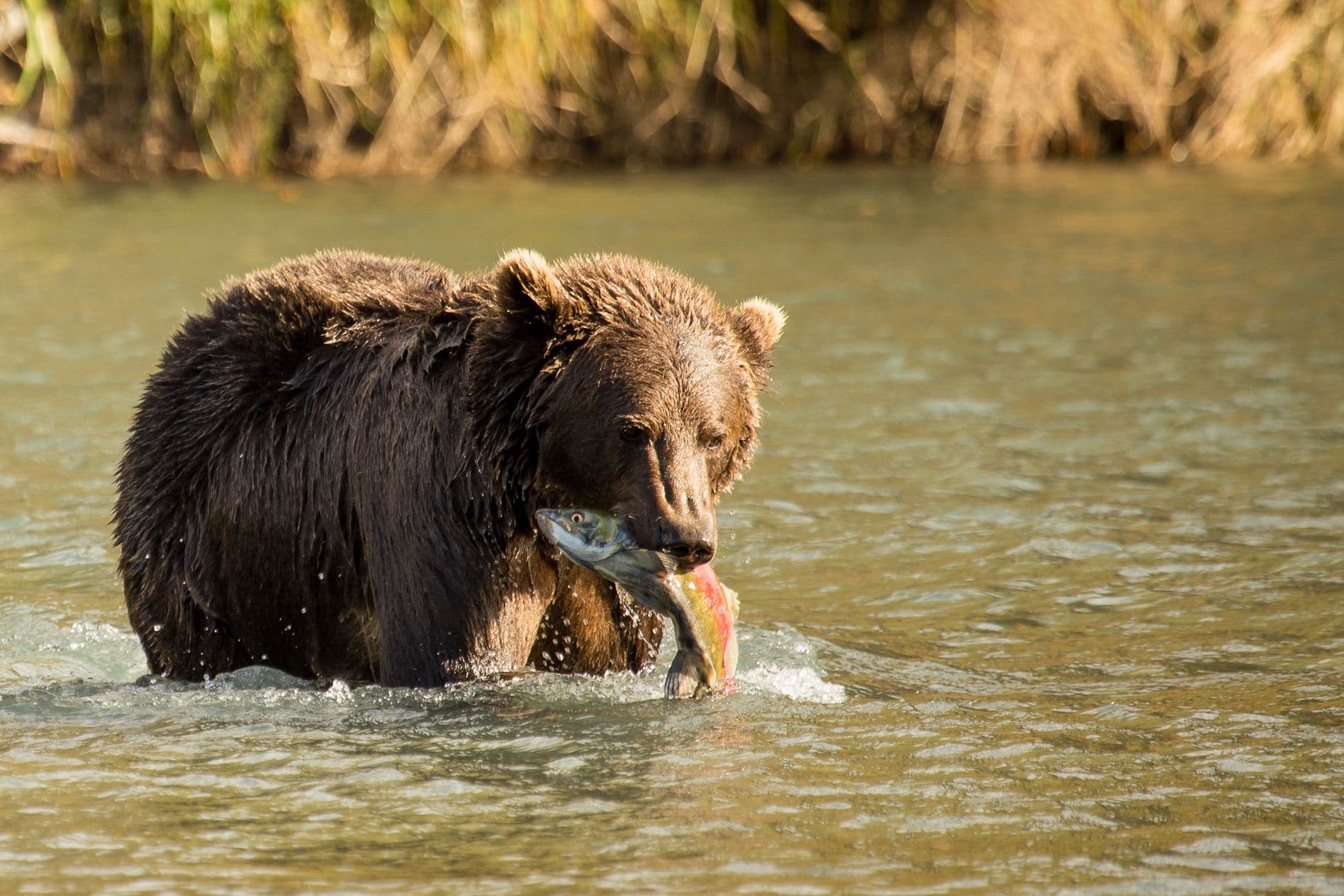 Killed by a Bear

Lions and tigers and bears, oh my! Bears are cute and cuddly to kids when they are young. But can bring out some serious anxiety in young hikers and campers along quiet, forested trails. Bear attacks are likely one of the biggest fears many of us have when we head out in areas where they live. Who hasn't been traumatized after watching Grizzly Man or The Revenant?

Fortunately, bears are not even close to being labeled as the most dangerous animal in the world. There are 40 bear attacks around the world every year. On average, there are 19 bear attacks in the East (Russia, Turkey, and Iran), 18 in Europe, and 11 in North America every year.

The most common bear in North America is the black bear. The 750,000 black bears of North America kill less than one person per year on average. Dr. Lynn Rogers is a North American Bear Center founder and principal biologist. Rogers has spent over 50 years studying wildlife behavior, including black bears. Rogers writes, \"Black bears have killed 67 people across North America since 1900.  This no longer worries me. My chances of being killed by a domestic dog, bees, or lightning are vastly greater. My chances of being murdered are 60,000 times greater. One of the safest places a person can be is in the woods."

Our young naturalist wrote a great piece about bears with excellent tips for avoiding bears in the wild. Be sure to check it out! 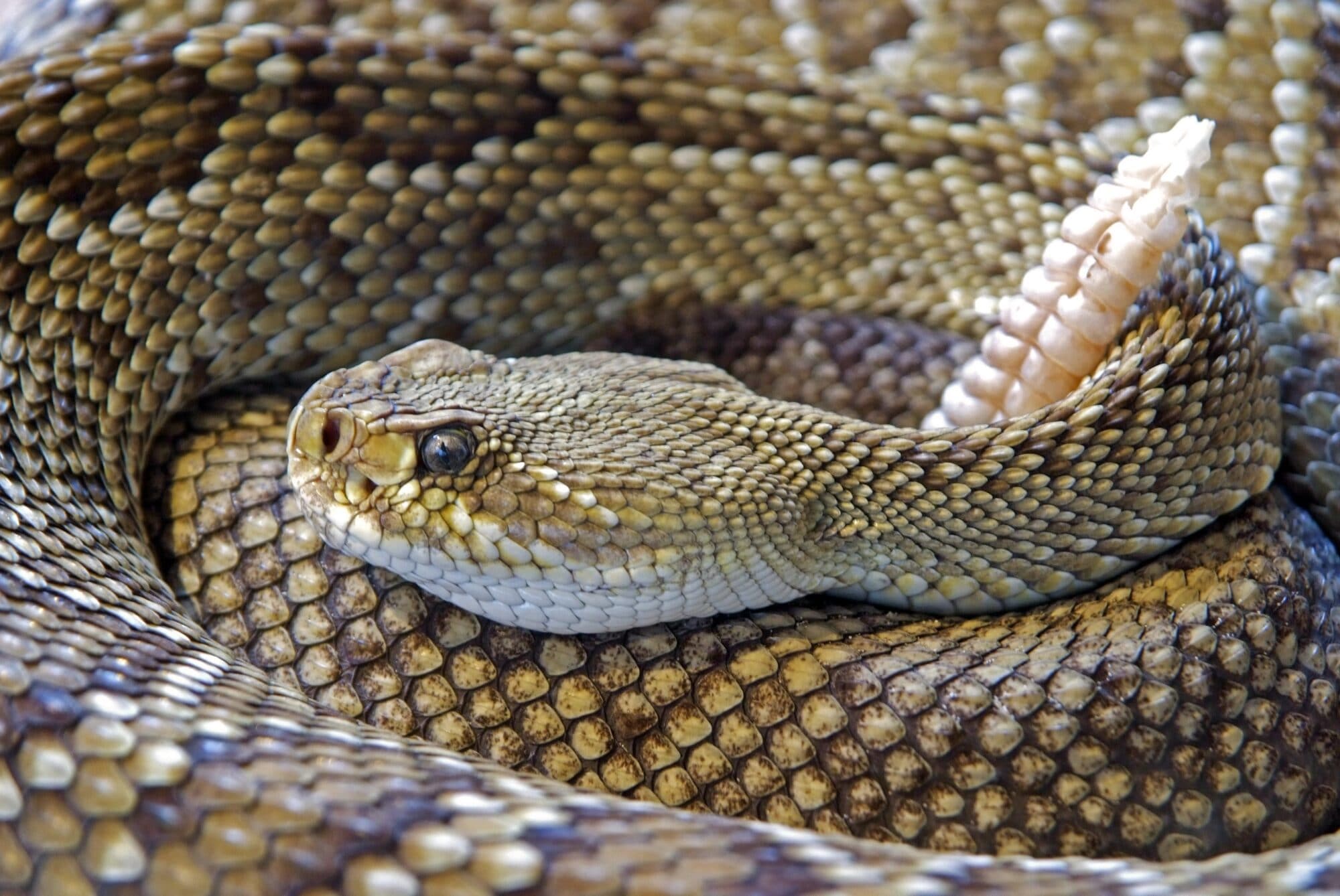 Bitten by a Rattlesnake

Depending on where you live in the world, the risk of being killed by a rattlesnake varies widely.

In the United States, the fear of venomous snakebite seems to far outweigh the actual chance of being bitten. Each year, around 7,000-8,000 people, or less than 0.0025% of the US population, are bitten by venomous snakes. Of these 8,000 or so bites, on average, 5-6 result in fatalities. In the US, you are more likely to die from a lightning strike, a dog attack,  falling off a ladder, or from a TV set or other large furniture falling on you.

If you live in India, the risk is far greater. At least 81,000 snake envenomings and 11,000 fatalities occur in India each year, making it the most heavily affected country in the world. 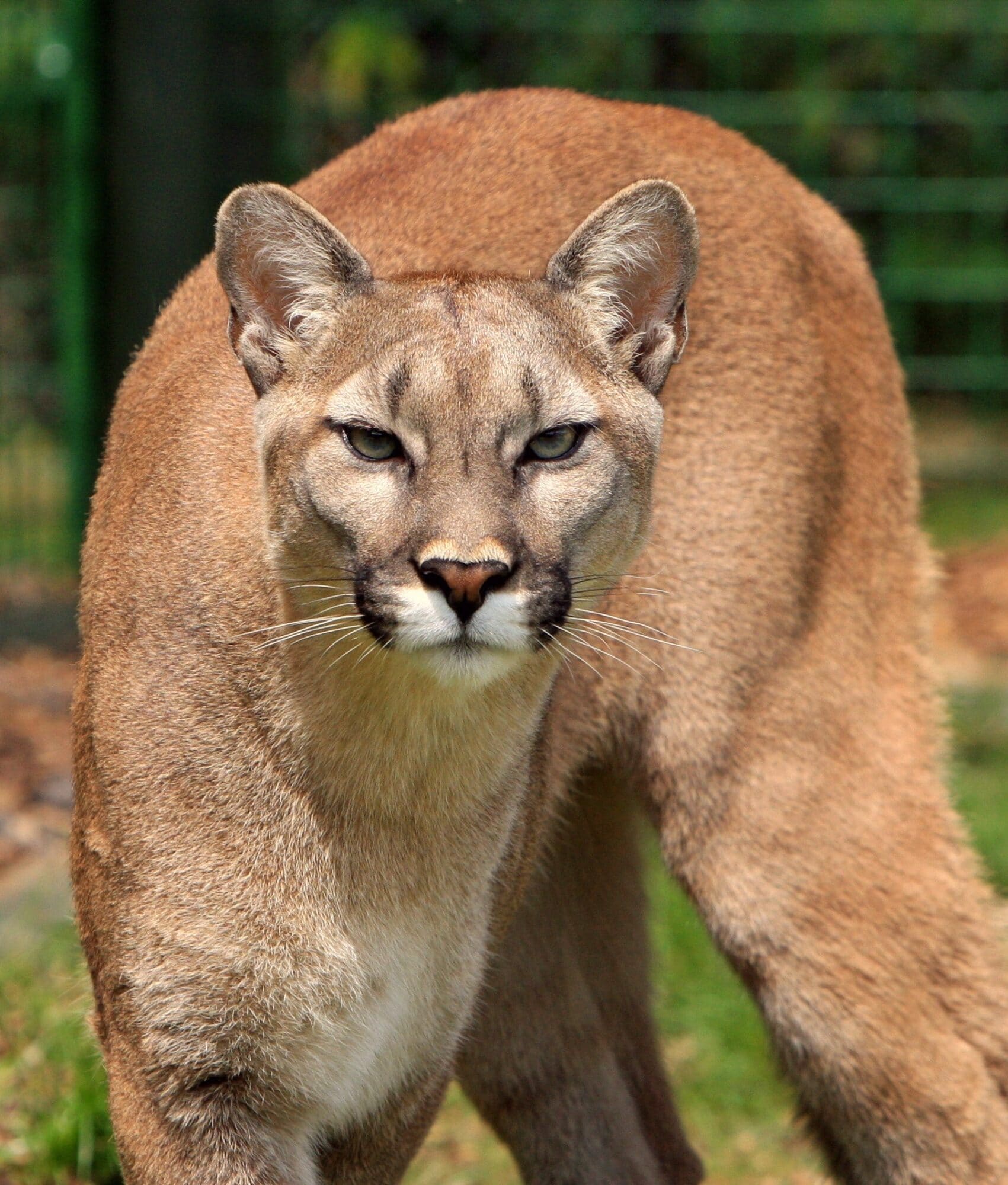 Attacked by a Mountain Lion

They're stunning, slick, and swift. Mountain lions are a fan favorite of many kids. But walking or running down a path where they live can be terrifying, especially when mountain lions attacks are increasingly in the news. But are they very likely to happen?

It is true that as we move into their habitats, we are increasingly coming in contact with mountain lions (also known as cougars). We know that mountain lions are naturally territorial. So when a large creature like a person (a species a mountain lion may not have been in contact with before) runs through their territory, the cat may attack. And they have done so. The stories stick with us. The runner who fought the attack cat off. The lone hiker who was mauled. These are horrifying stories. Even still, attacks by mountain lions are still incredibly rare, according to experts. In the past 100 years, there have been fewer than 20 human fatalities as a result of cougar attacks, making the risk of being attacked by cougars "extremely low."

How can something small than an inch incite such fear in children (and adults)? When they can sting you of course! Bees, wasps, and hornets will bring down a picnic, set off shrieks and cause a nearby victim to run faster than they imagined they could.

Naturally, nobody wants to get stung but is our reaction oversized? To anyone with an allergy to bees, wasps, yellow jackets, or hornets, not at all. An allergic reaction to such a sting can be life-threatening. And given that about 2 million Americans have allergies to the venom of stinging bugs, that's a lot of people with some very real fears. Still, according to the CDC, from 2000-2017 there were a total of 1,109 deaths from hornet, wasp, and bee stings in the US. This comes to an average of 62 deaths per year.

For the vast, vast majority of people, a sting from a bee, hornet, or wasp is not life-threatening. Experts say that the average adult can safely withstand more than 1,000 bee stings. Of course, fewer stings could prove dangerous to an infant or small child.

But a sting from one of these critters never feels good. These can be very painful, itchy, and just ruin a day. So how to avoid getting stung?

First, be proactive. If you know stinging insects might be about in an outdoor area you are heading to, don\'t wear perfume, cologne or other scents. Or wear scents that they avoid like spearmint, thyme, citronella, eucalyptus, and wormwood- all considered effective natural repellents. Next, choose your outdoor spot wisely. Experts assure us that stinging incidents often occur when nesting areas of social insects are disturbed. If you see insects routinely flying to and from a particular place, avoid it. That's a social spot and they will defend it.

If you see a bee, wasp, yellow jacket, or hornet, don't swat at it. Swatting at them is a bad idea as it is likely to aggravate them and increase your chances of being stung!  Simply move out of the way and walk away from it and just continue walking to put distance between you and the insect.

And don't forget that bees, wasps, hornets, yellow jackets are all pollinators and so very important to the natural world. Another benefit? They eat other insects! Yellow jackets eat beetle grubs, flies, and other harmful pests. And wasps, as much as we despise them,  are crucial. In fact, nearly every pest insect on the planet is preyed upon by a wasp species, either for food or as a host for its parasitic larvae.

Interestingly. worldwide, the animal responsible for by far the greatest number of human deaths is the... mosquito. The World Health Organization estimates that over 600,000 people die each year after being bitten by mosquitoes bearing the deadly malaria parasite. In the US, deaths from mosquito-borne diseases are much rarer. Mosquitos are not the most lethal animal for those of us in the US. We only need to look in the mirror to see our biggest threat. Each year in the US, the Centers for Disease Control counts over 16,000 homicides and over 41,000 deaths from suicide and self-inflicted injury, making humans the most lethal animal in the US.