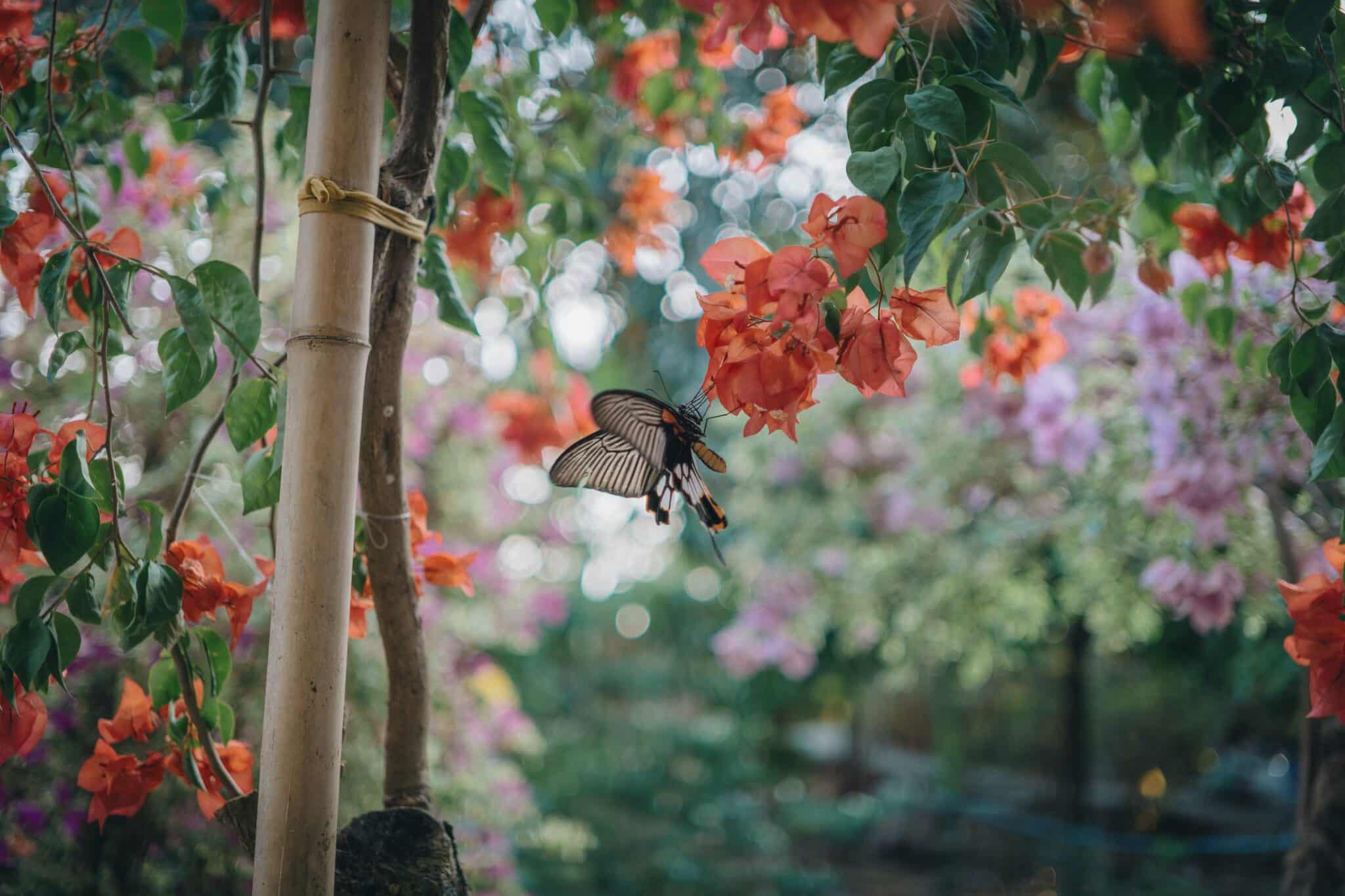 What could be more wonderful on a sunny day than crossing paths with a beautiful, delicate and colorful butterfly? Beloved by children and adults alike, butterflies make our world come to life. But they also play a crucial role in a healthy ecosystem. Making it not only fun but also vital that our children get to know them.

Let’s start with the basics. What are they? Even though they rarely creep us out, butterflies are actually insects. Just like all insects, they have six legs and three main body parts: head, thorax (chest or midsection), and abdomen (tail end) as well as two antennae and an exoskeleton.

Within the insect class, butterflies belong to an order or group called Lepidoptera, which also includes moths. The word "Lepidoptera" sounds fancy but it just means "scaly wings" in Greek, which makes sense because butterflies (and moths) have thousands of tiny overlapping scales covering their wings. The scales are arranged in colorful designs that are unique to each species of butterfly. You might say these scales are what give the butterfly its beauty.

Speaking of species, did you know there are 17,500 different species of butterflies?! In the United States alone, there are 750 species. Butterflies have been around for some time. They probably first evolved some 150 million years ago.

One of the most exciting things about butterflies to humans is that we get a double dose of them! We can observe them as slow-crawling, voracious caterpillars, and as butterflies. Of course butterflies, moths, beetles, flies and bees go through a metamorphosis in which they morph from egg to larva to chrysalis to adult. The caterpillar is actually the larva form. And it is very different in shape, form and behavior from the adult butterfly. Caterpillars eat nonstop essentially, busily turning plant material into tissues that they will need for metamorphosis. When they are developing, their skin may be shed four or more times, with each molt often changing the coloration and appearance of the caterpillar. Caterpillars are also critical to the ecosystem as they are a prime food supply for many animals in the spring.

The Importance of Being a Butterfly

So what exactly are they doing as they flutter from plant to plant? Like bees and other pollinators, they are enjoying the sip of a flower’s nectar and picking up pollen along the way. Like caterpillars, butterflies are very important to many plants that are dependent upon flower-visiting insects for cross-pollination. Once they’re off to another plant, the pollen goes with them, helping to pollinate the plant species. About one-third of the food people eat depends on the work of pollinators such as butterflies.

One very cool and unique feature of a butterfly is its proboscis. Its long proboscis helps the butterfly reach deep down into the flower to get to the nectar, working as a long straw. It then curls the proboscis back into a spiral when not using it. 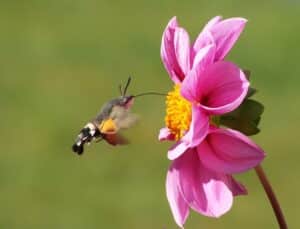 During any stage of their life cycle, butterflies provide a food source for other animals. Birds, spiders, lizards, small mammals, and even other insects are all butterfly predators. Birds are fond of butterfly caterpillars because they move slowly and are easy to catch. A butterfly chrysalis - the final larval stage before the adult butterfly emerges - is vulnerable because it is anchored to rocks, plants, or other structures. Adult butterflies typically only live from a few weeks to about a month, as a result of both a naturally short life span and predation. Moths and butterflies are an important element of the food chain and are prey for birds, bats, and other insectivorous animals (for example, in Britain and Ireland, Blue Tits eat an estimated 50 billion moth caterpillars each year).

Scientists use the presence or absence of butterflies as a predictor of whether an ecosystem is healthy. Their fragility makes them quick to react to change so their struggle to survive is a serious warning about our environment. They indicate a wide range of other invertebrates, which comprise over two-thirds of all species. Areas rich in butterflies and moths are rich in other invertebrates. These collectively provide a wide range of environmental benefits, including pollination and natural pest control. Sadly, four butterflies became extinct during the last 150 years. Three-quarters of British butterflies are in decline. 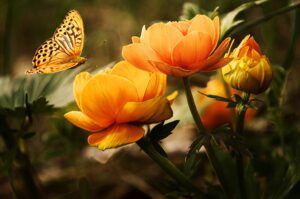 Why do we only see butterflies in the spring and summer?

Actually, many butterflies are with us year-round. We just don't see them because they have magically changed their form. Butterflies that overwinter will do so as eggs, caterpillars, or pupa, and will be spending the winter warmly bundled in leaf litter at the base of trees.  Others enter a form of hibernation known as “diapause” as special chemicals in their bodies allow them to endure extremely cold weather.

As for the other species who do not winter where they summer, they migrate! Over 250 species of butterflies migrate or move to a warmer climate for the winter season, though the monarch is the only species known to make a two-way migration as birds do. The annual migration of North America’s monarch butterfly is a unique and amazing phenomenon. Using environmental cues, the monarchs know when it is time to travel south for the winter. Monarchs use a combination of air currents and thermals to travel long distances. Some fly as far as 3,000 miles to reach their winter home.

Which butterflies appear first in spring?

The species that are first to make an appearance in the spring will vary by region, but here are a few US species to look for as soon as days hit the 60s and 70s in your area:

A Word on the Monarch

They would likely win the award for the most popular butterfly if it was awarded. The monarch is a much-loved and much-recognized species of butterfly. Unfortunately, it's known widely because it is in peril. The decline in plants that the monarch needs for survival such as milkweeds, fall-blooming asters, and goldenrods place the species at risk. As a result, monarch populations have been in steady decline over the past decade. Migrating monarchs that were once present in huge numbers have been reduced by over 90 percent. Want to help? Plant milkweeds and create monarch way-stations to aid their migration.  The monarch’s ability to detoxify cardiac glycosides and block latex sap in milkweeds does not give it the ability to disarm chemical defenses in other plants. Of the 2137 native plant genera in the US, a monarch can develop on only the milkweed genus. Locked in an evolutionary relationship for millions of years. If milkweed disappears, so do monarchs.

vamtam-theme-circle-post
 Category Essentials, Health, Research
If you’re not familiar with the Humphrey series, it’s about a hamster who solves the...
Read More

Ways to Celebrate Earth Day with KidsThe Secret to Spotting Butterflies with Your Kids
Loading Comments...