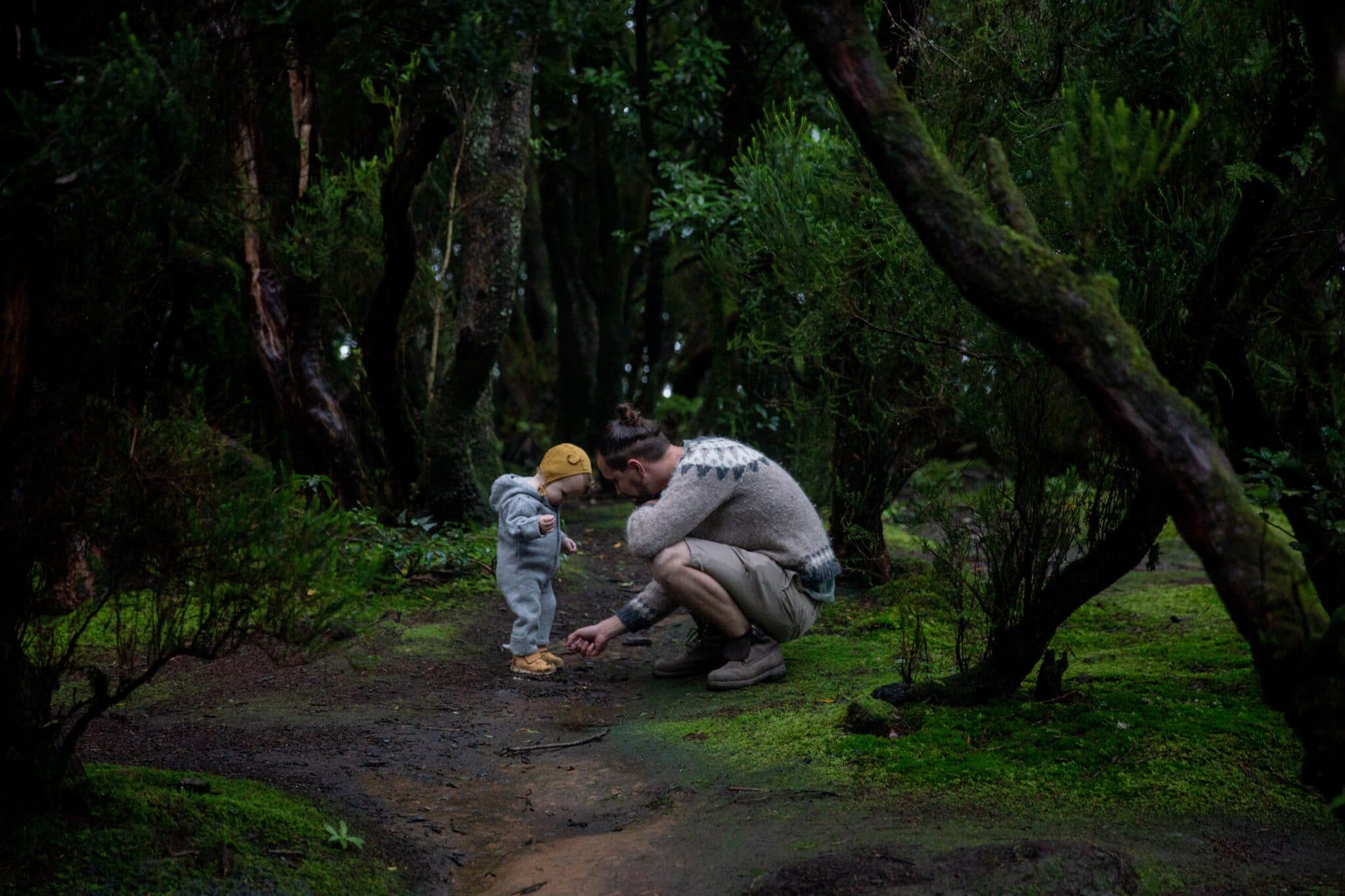 When you head outside with your child, whether on a trail or in your neighborhood, there are some guaranteed finds that anyone, from the practiced naturalist to the nature newbie, can see. For instance, you’re definitely going to see at least one bird. And at least one tree. Depending on the season, you might see a few insects. And almost certainly, if there is no snow on the ground, you will see something that most of us will walk right past. Moss.

Or maybe you won’t “see” it. Because moss may be the most ubiquitous feature of the outside world that we don’t see. Which is a shame because mosses are truly magical. 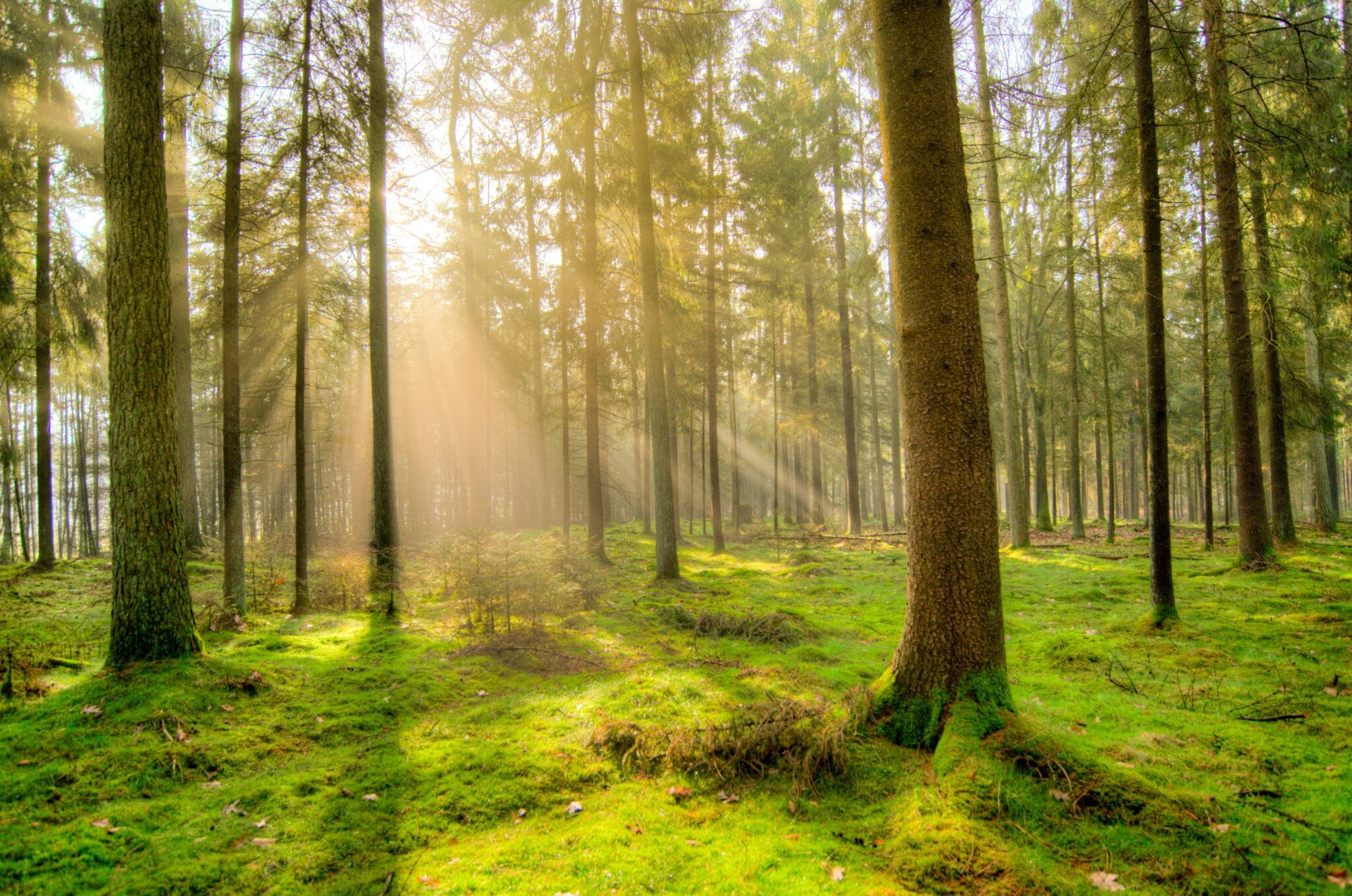 Mosses are plants, though they don’t grow tall, grow roots or produce seeds. They are soft and so wonderful to the touch— walking barefoot on a bed of mosses is a true sensory experience. Though they tend to grow in dark, damp places, they are the most widespread group of the ubiquitous bryophytes (small, non-vascular plants). More than 10,000 species, or types, of moss grow throughout the world, ranging in size from too small to see to more than 40 inches long. They may be many shades of green, red, orange, brown, or black.

Depending on where you live, you might be able to simply walk outside and grab a small cushion of moss from a yard, a roof, or the sidewalk—each little moss cushion is a dynamic ecosystem bursting with life. 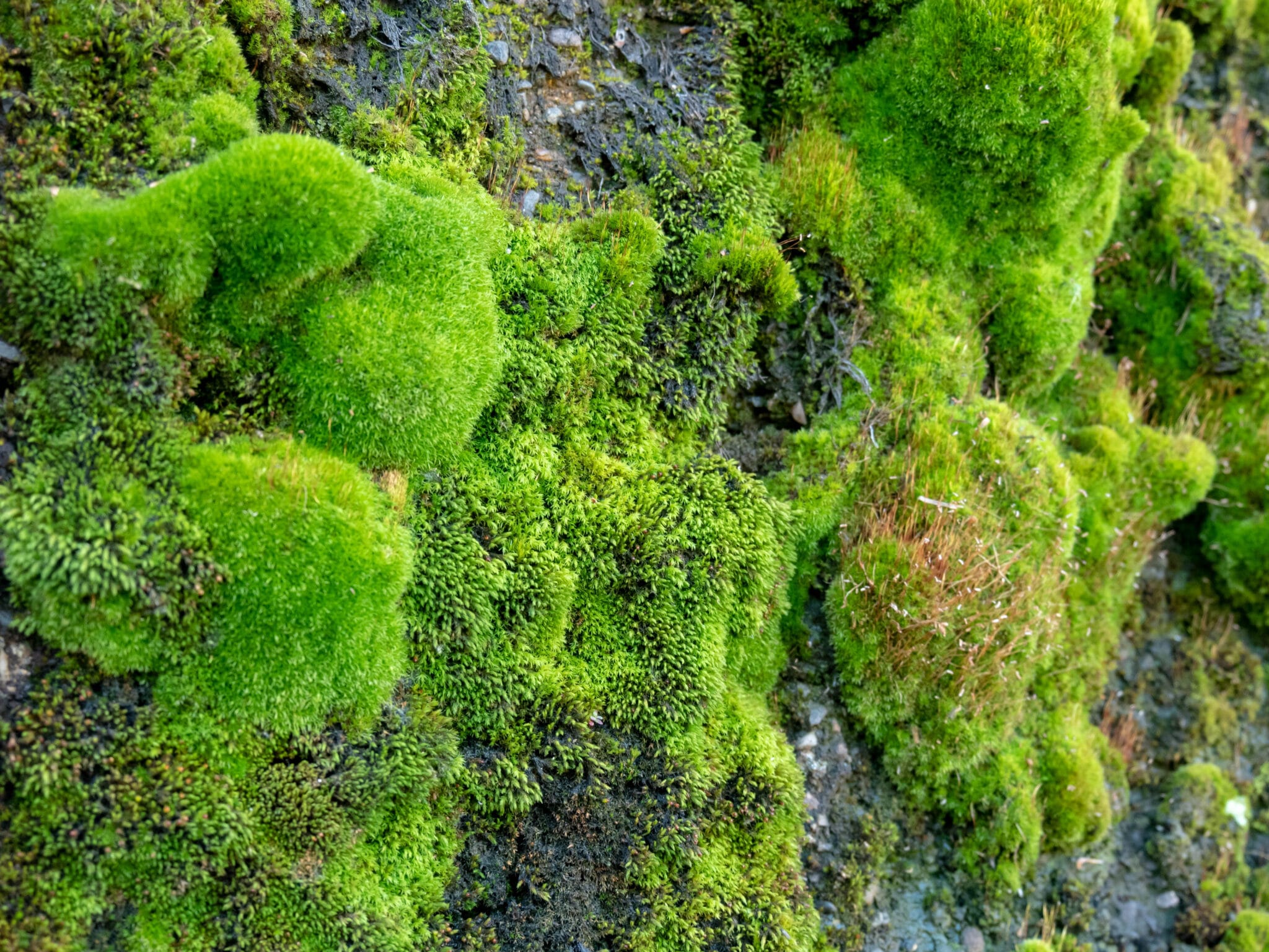 As part of the first plant family to colonize Earth, mosses may have shaped our planet. Their success may be because the only ingredient these primitive life forms absolutely require is water.

Mosses’ leaves take in moisture and nourishment directly from the air. However, with no roots or cells to move water around inside, mosses have had to develop another strategy for getting and holding onto moisture. Their leaves are super permeable, allowing water and dust particles to feed the plant directly. But the key to holding onto the moisture is companionship. And actually, when you look at mosses, you are looking at not just thousands but millions of plants in an expanse or even in a colony. Living so close together helps keep them moist. A patch of moss made of many tiny moss plants packed together is like a super-absorbent sponge, holding water for as long as possible. Because they cannot spread out roots to find water, mosses will live in places that are always wet like near a spring, a river, or in a place where there is a lot of fog. 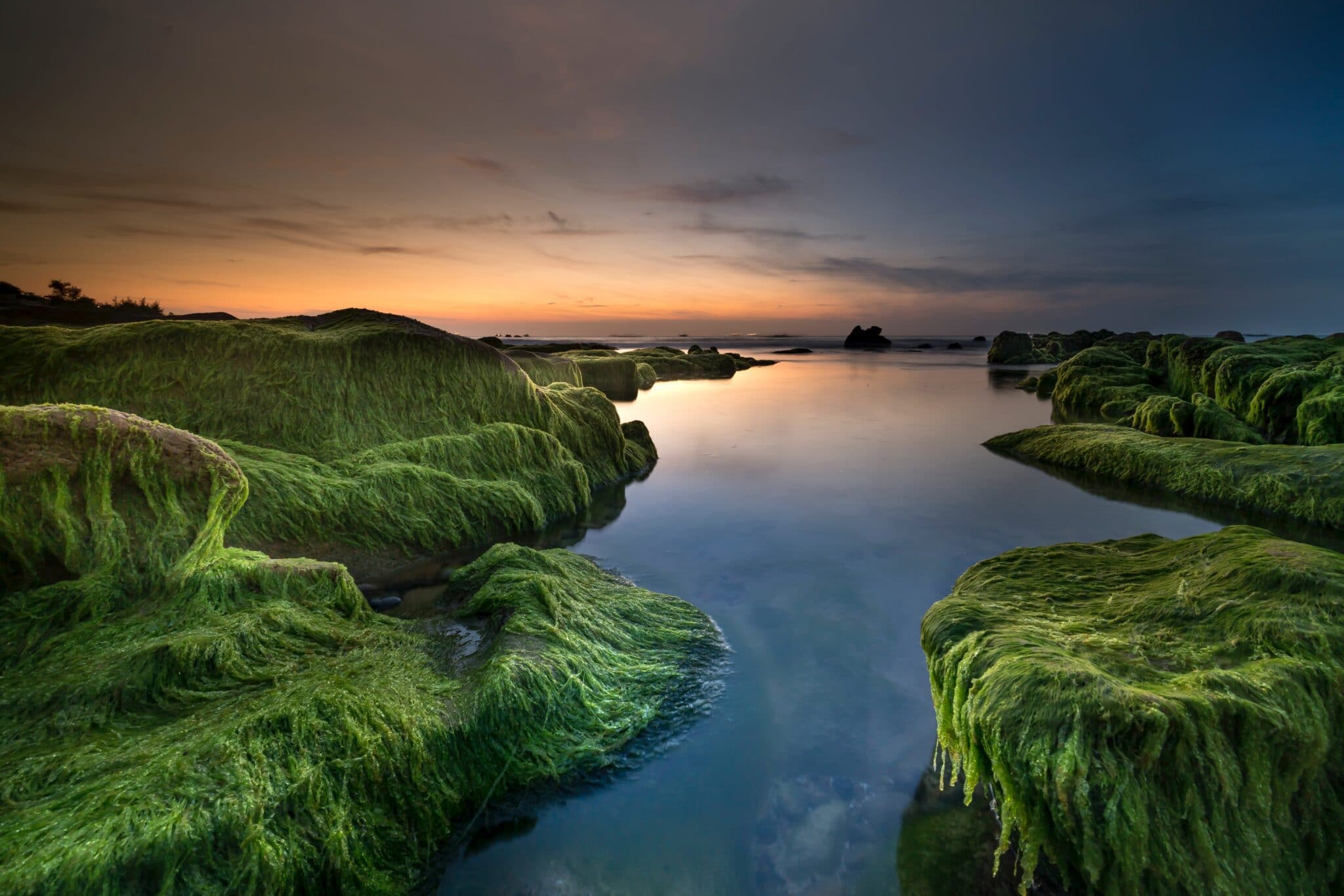 Mosses do make their own food through photosynthesis like other plants, but a big way that they differ from other plants is they do not produce flowers or seeds. Mosses reproduce in a few different ways. They can essentially regenerate from fragmented, or broken off, sections. They can also reproduce by sending out spores through a stalk-like structure. And some even reproduce when small cups produced by the male moss generate sperm and then overflow with rainwater spilling some of the sperm.

Mosses are hardy enough to tolerate toxins such as heavy metals.

Samples of fire moss that travel onboard the space shuttle do something odd: they spiral. All other plants grew haphazardly, but moss filaments formed a spiral, showing that mosses respond differently to gravity. Scientists say it's a clue to the fundamental inner workings of plant cells.

Now that your kids are hooked on moss, head out to study some of these amazing plants. You can even harvest some for a moss terrarium! 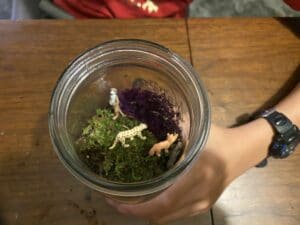