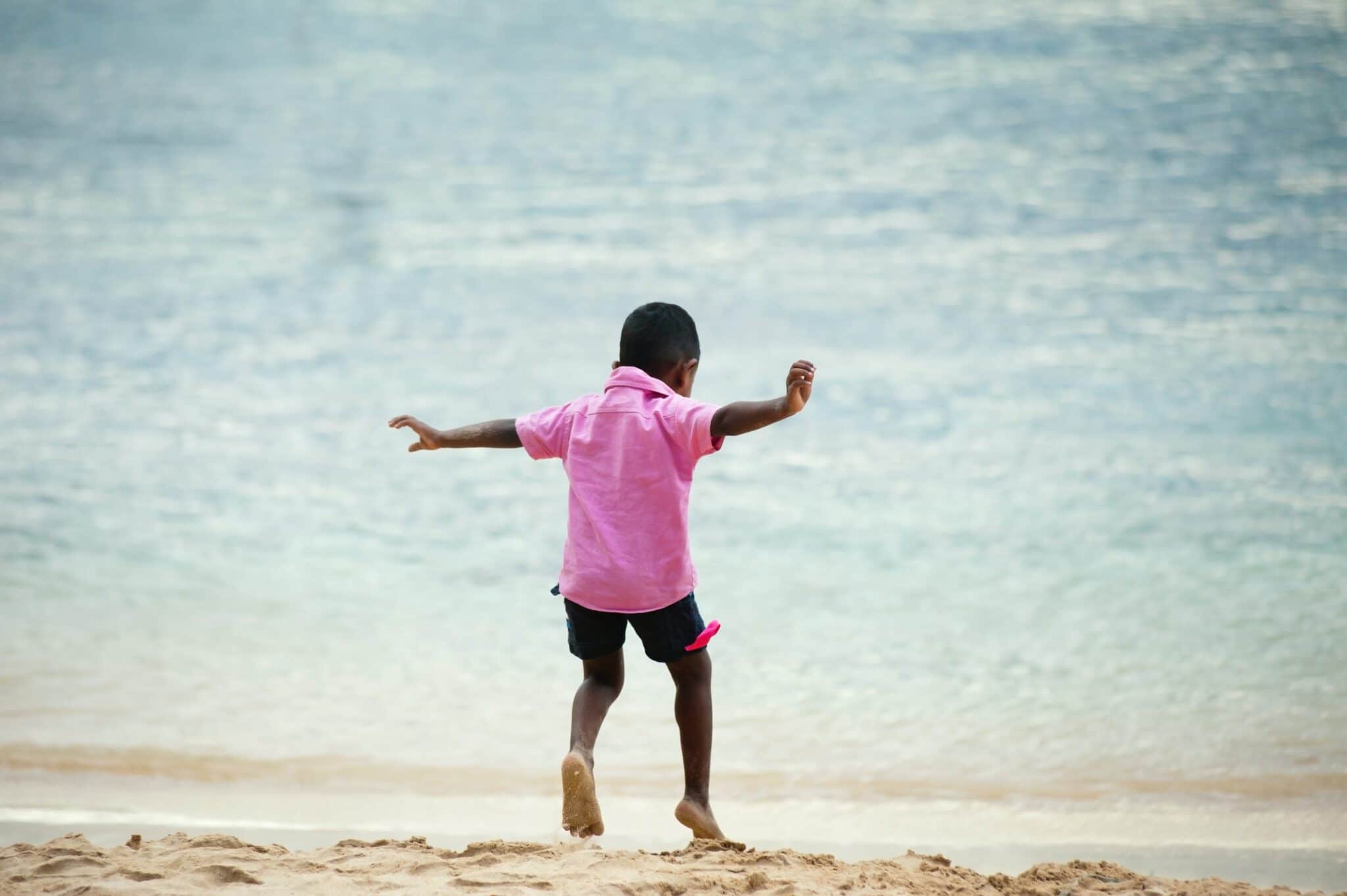 Green space is good for our kids. We know it instinctively as parents. But if we (or more likely others) have any doubts, there are hundreds of studies to prove it: green spaces calm a child’s mind, help them focus, make them happier and reduce their anxiety.

But what of the other soothing color we see outdoors? What about blue space?

Blue space, which encompasses the sea and coastline, rivers, lakes, canals, waterfalls, and even fountains, have been used for therapy (hydrotherapy) for years. So these spaces must also be good for our children’s health. Think of how happy and free a child is running along the shoreline, splashing in the water, paddling in a peaceful river.

Like green space, the benefits of blue space are not just a hunch we have as parents. They are scientifically documented. Not as prevalent in the literature as green space, blue space has been analyzed for its benefits. And it’s undeniable that blue space environments offer benefits to a child's mind and body. 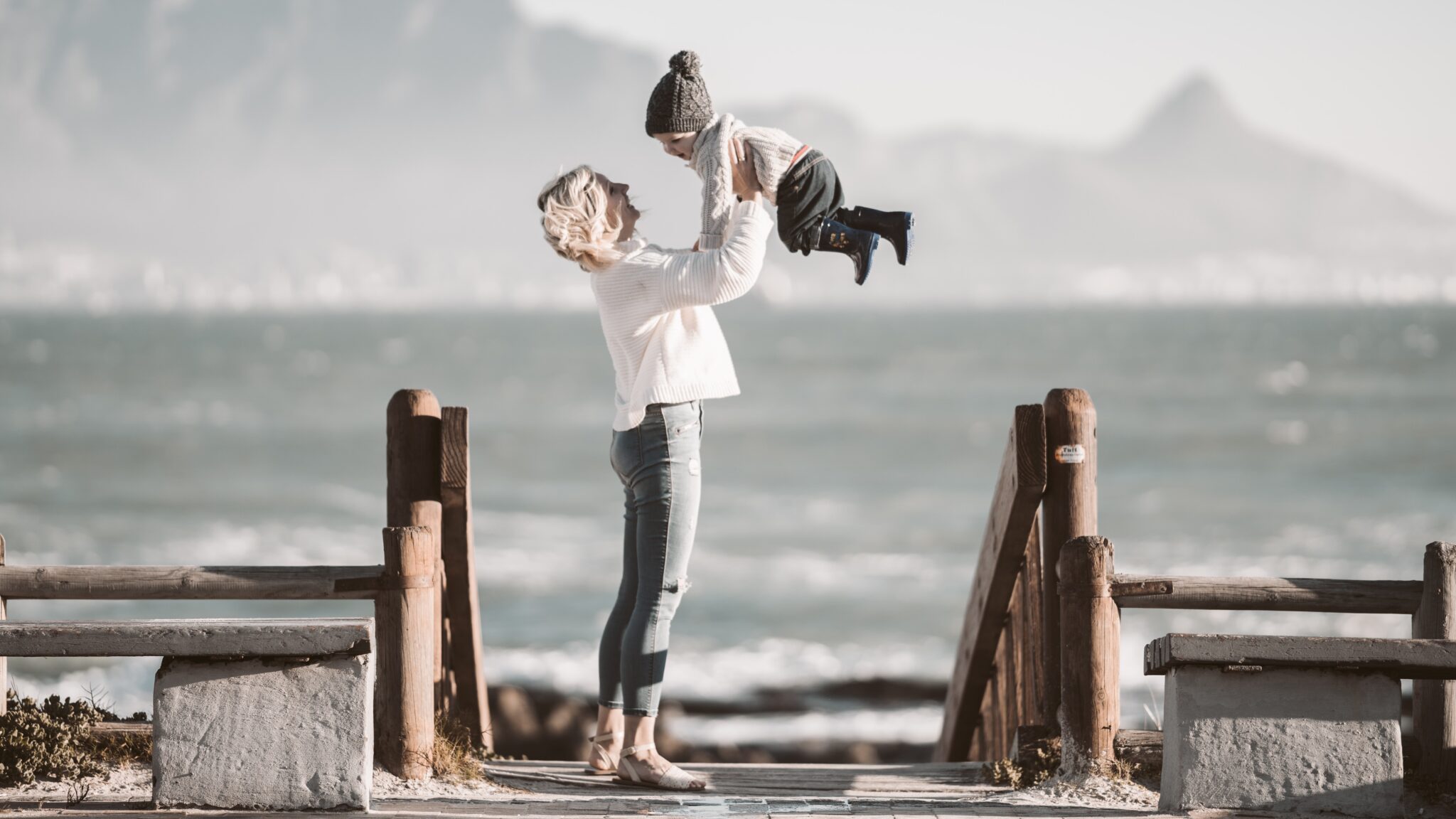 First, it gives us all a serious mental health boost. People who regularly visit blue spaces in their free time reported greater well-being say researchers leading one 2018 study from Hong Kong. The study found that blue space visitors had a lower risk of depression. And in one study from Ireland, better views of the sea were associated with lower depression scores. One extensive review of dozens of earlier studies in Barcelona showed that interacting with blue spaces had a positive impact on mental health and stress reduction, as well as greater physical activity. 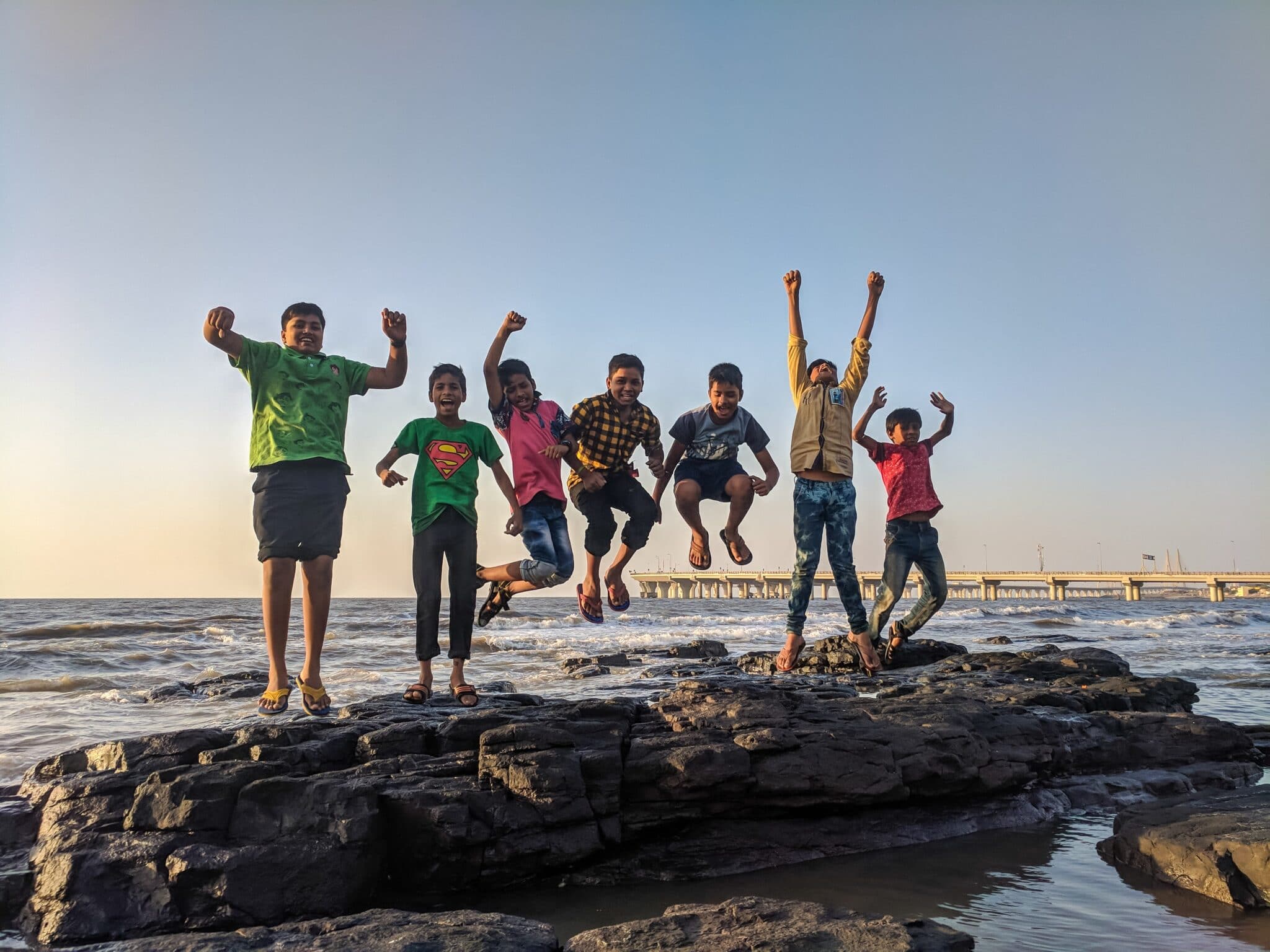 One of the most touted benefits of green space for kids is the alleviated symptoms in children with ADHD. This is true for blue space as well. One study looked at the association between contact with green (vegetated) and blue (beaches) spaces and behavioral development indicators as well as ADHD symptoms in children. It found that higher beach attendance each year was associated with decreased total difficulties and peer relationship problems, and increased prosocial behavior.

Besides mental and physical health boosts, like green space, blue space can lead to greater nature connection or environmental awareness in kids. A study from the UK collected student and teacher feedback after a 12-week surfing intervention program for at-risk students. The study found increased positive attitudes about school and friendships and greater environmental awareness among the benefits of the program. Additional changes in participants from before to after the surfing intervention included signiﬁcant drops in heart rate, increased satisfaction with appearance, and more positive teacher evaluations. These results suggest that surﬁng interventions could have important beneﬁts for vulnerable young people who struggle with mainstream schooling and that ‘blue space’ (water) environments may offer a promising alternative location for high-quality outdoor educational experiences. 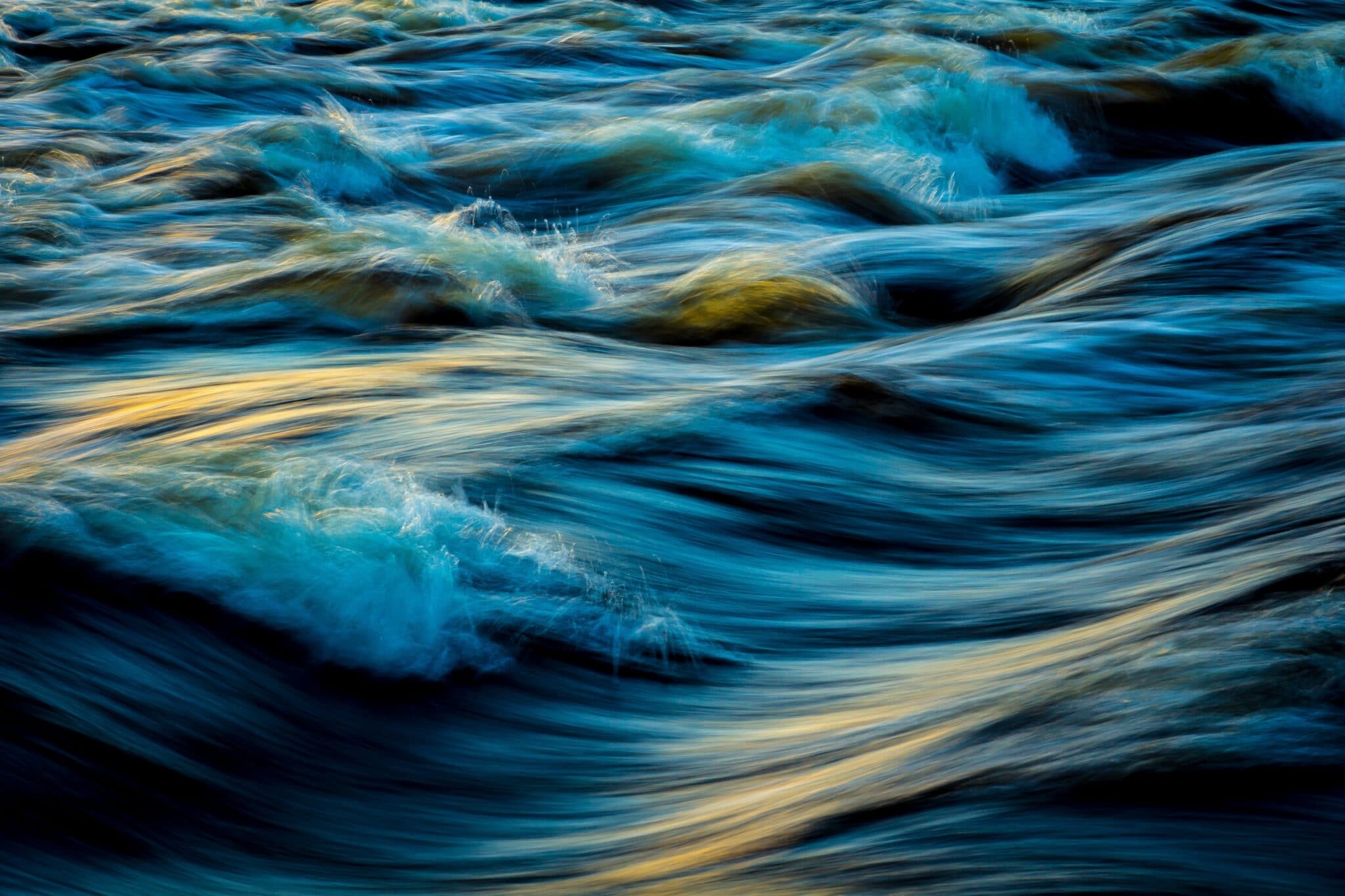 So why are blue spaces so good for our kids’ health, wellbeing, and happiness? With less polluted air and more sunlight, blue spaces are just healthier. And people who live by water tend to be more physically active – not just with water sports, but walking and cycling.

Staring at the sea or at rippling water has a calming effect for most of us. Researchers have a few ideas about why. They say that the soft visual stimuli of water, or  the patterns of light falling on it as it flows, holds our attention without any conscious effort, offering recovery from cognitive fatigue. This idea, called Attention Restoration Theory, says that the calming effects of nature give our brains a break, allowing us, and our kids, a chance to focus.

One fascinating explanation as to why blue environments are such mood boosters is negative ions. These are molecules floating in the air or atmosphere that have been charged with electricity. In nature, you can find them anywhere from ultraviolet (UV) rays from the sun, discharges of electricity in the air after a thunderclap or lightning strike, wherever water collides with itself like a waterfall or the ocean shore.

Scientists say that hours of negative ion exposure may reduce symptoms of depression. And that high levels of exposure (several hours or more) cause people with chronic depression and seasonal affective disorder (SAD) to record lower scores on surveys of their depression symptoms.  Researchers looked at 100 years of studies and found evidence that negative ions could also help regulate sleep patterns and mood, reduce stress, boost immune system function, increase metabolism of carbs and fat and kill or inhibit the growth of harmful bacteria, viruses, and mold species, such as E. coli, Staphylococcus aureus, and the bacterium that causes tuberculosis.

So whether you seek out more seaside vacations, trips to the river, or even an urban lake or fountain, getting your children to blue space can be just as restorative as green space. Blue space can make you and your child happier, less stressed, more sociable, and environmentally aware. 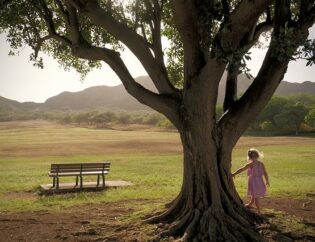 vamtam-theme-circle-post
 Category Essentials, Research
Never before have we understood so much about the benefits of nature for our kids,...
Read More 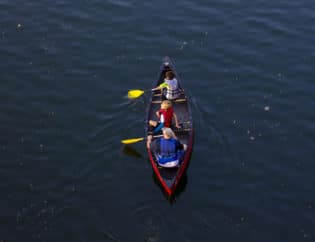 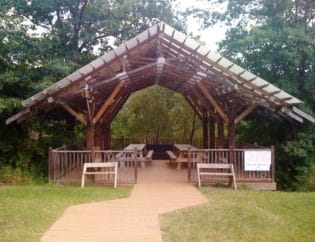 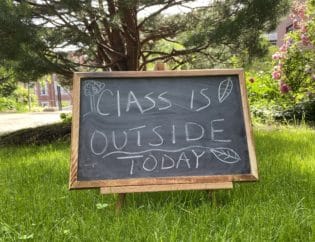