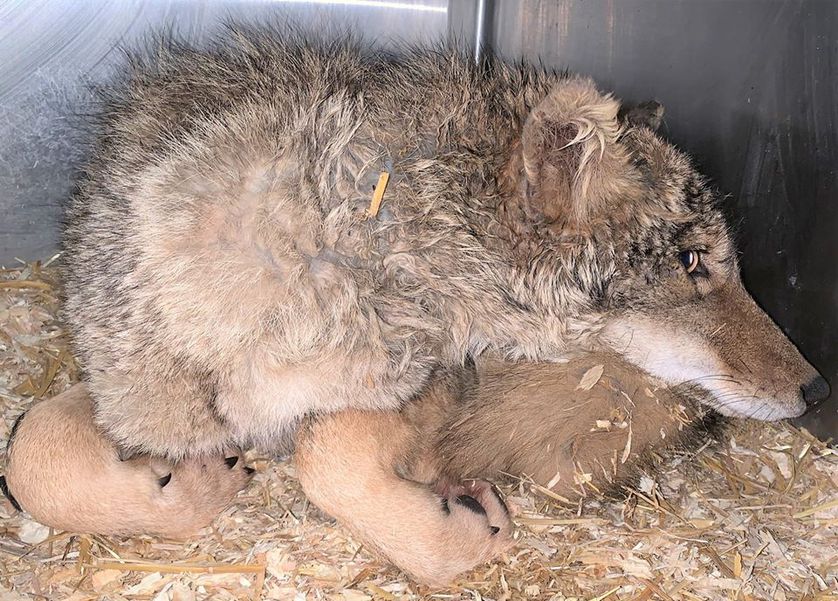 A plastic jug that was likely left behind by campers nearly ended the life of a coyote who got stuck in it and could not get her head out. She would have died of thirst or starvation. It took a tedious effort of many concerned citizens and rescuers to help the animal.

Volunteers from the community, led by the Oakville & Milton Humane Society, scoured the park in Ontario, Canada — even as the storm raged, blanketing trails and roads in snow.